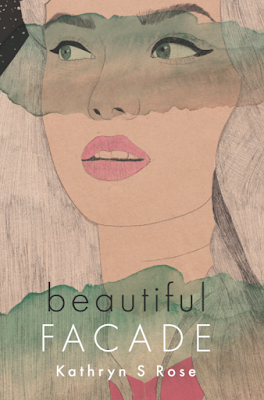 On the day that 16-year-old Winter Starling had her life and dreams shattered by
a sexual assault, she meets Kai, a boy from her high school obsessed with music. They develop a deep friendship, which comes to an abrupt end when Kai unexpectedly has to leave. Winter has no idea why he went or any way to contact him.
​
Ten years pass, and Winter has constructed a new reality for herself. Now living in Melbourne, she has a successful career in advertising and is engaged to Liam King, a star player in Australian Rules Football. Winter has a perfect life.
During a night out, Winter runs into Kai, now the lead singer of ‘The Stonevilles.’ Winter and Kai rekindle their friendship, and to everyone around them, their attraction is evident. With Kai back in her life, Winter’s past threatens to ruin her relationship with Liam and everything she has worked to achieve. But can she risk losing Kai a second time?
​
Emotional and edgy, Beautiful Facade is about love, loss, healing, self-discovery, and the messy battle between one’s head and one’s heart.
{Amazon}

Just before midnight, The Stonevilles took to the stage. Their first song transported me back to the night of the gig and the moment our eyes caught. Perhaps he was experiencing similar déjà vu because our eyes became locked once again. Kai's magnetising energy made it hard to focus on anything else. This band was going places. A few songs in, the group played a rendition of ‘Happy Birthday’ for Aria. Her face lit up, and she pranced around on stage, fanning her face. I poked Maddie in the ribs to get her attention, and we chuckled at the spectacle.

The song finished, and she sidled up next to Kai. “I want to thank everyone for coming tonight. You all mean the world to me,” she said, slurring into his mike. “I especially want to thank The Stonevilles for singing me ‘Happy Birthday’ and for being the most awesome band in the whole wide world!” Kai held out a hand for the microphone, and she wrapped her arms around him. Then she yanked his head down and planted a kiss right on his lips. The crowd roared their approval. Kai looked as if he was trying to pull away. I chose that moment to visit the toilet.

“Hey,” Kai said. His hands were in his pockets, and he was leaning against the brick wall outside the ladies’ room. “I thought you'd passed out in there.”

“I haven't done that in a long time.”

A frown darkened his features, and he took a moment before he said, “You’re upset.”

I lifted my chin. “Why would I be upset?”

“Because Aria kissed me.”

“Then why did you hide out in the toilet for so long?”

He did have a point. I had a history of hiding out in toilets. Damn him and his memory. “I don't know what you’re talking about. I was redoing my makeup.”

“Why does it look as bad as it did before you hid in there?” The mischievous grin spreading across his features took the sting out of his remark.

He’d been this close to a swift kick to the groin region.

“You're an ass,” I said, smiling at his attempt to lighten the mood. “But seriously, why would I care?”

“Well, I don't. You can do what you like. And who you like.” The words came out more forcefully than I’d intended. And I didn’t mean them. The James Dean vibe he was giving off was prickling at my skin. “Where's Maddie?”

“Where do you think she is?” 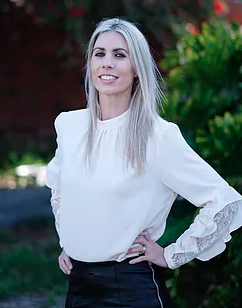 Kathryn S. Rose is a mum, wife, reader, writer, traveller, and food enthusiast.
Writing a book was always on her bucket list, and finally, with Beautiful Facade, it has come into fruition. Kathryn is interested in the study of human behaviour and obtained a Bachelor of Social Science, with a focus on Community studies and Welfare Work. Since completing her studies, she has worked in several jobs, which have enhanced her understanding of social issues, human development, relationships, and lifestyle. Some of these insights are reflected in her writing and give her inspiration.Besides books, Kathryn has many other loves. She enjoys listening to live music, relaxing at the beach, embarking on random hiking adventures, and indulging in too much food and wine with ​family and friends.​When Kathryn and her family aren’t traipsing around the world, they can be found residing in Perth, Western Australia.
{Website | Instagram}