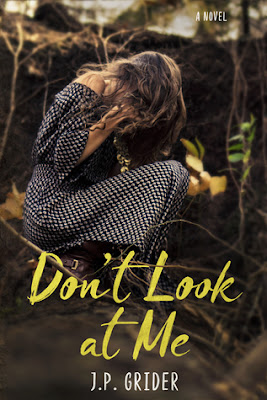 I drive to the bookstore, wishing I’d see Mr. Vescovi behind the desk, with his silver-white hair, stark against his olive skin. His big smile greeting me in his slightly broken English. “Mia bella, how lovely to see you today.” My heart is heavy with the longing to hear his voice one more time.

Parked out front, my stomach uneasy, the dark store adds to my grief. 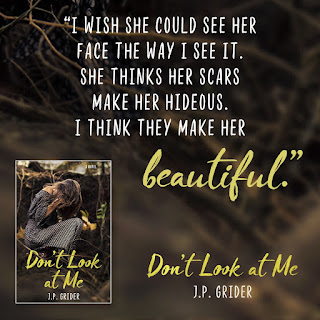 Undeterred, I step onto the pavement and walk up to the window. Peeking in through the glass door to see if anyone is inside, a cold chill runs up the back of my sundress. The store is dark, lifeless.

I walk to the corner of the building and take a peek through Mr. Vescovi’s display of Little Golden Books mixed in with classic children’s books such as Charlotte’s Web, Where the Wild Things Are, and The Complete Tales of Winnie the Pooh in the large window. A light is on in the back storage room, so I figure someone is probably here after all.

“Hello, hello,” I say in vain, as if anyone can hear me through the glass. Instead, I ball up my fist and knock hard on the window. “Hello. Is someone in there?”

A dark shadow appears in the storage room doorway, so I rap the glass again and wave. “Hello. Hello.”

The tall image with broad shoulders and large torso raises his hand and waves me away.

I find myself suddenly pounding the glass, going from using my knuckles to my whole fist.

I see him, rather than hear him, say something as his hand flies at me in another go-away gesture.

I don’t relent and continue rapping on the glass until the figure moves forward, revealing himself to be even larger than I’d first thought. The dark tee-shirt pulling across his chest exhibits the muscles that help contribute to his size.

“We’re closed,” he shouts loud enough for the man standing on the corner, taking a drag off his cigarette, to look in our direction.

My adrenaline high, I flap a finger toward the door, signaling for him to open it and let me in. Again, he shouts, “We’re closed.”

At this point, a pride of lions couldn’t stop me from entering Mr. Vescovi’s store, so I continue knocking until he finally unlocks the door and pushes it open an inch or two. How generous. “I said, we’re closed.” This is not the warm and cheerful Mr. Vescovi. This man may be tall, handsome, and twenty-something, with eyes the color of a Van Gogh sky and hair as black as midnight, but he is the complete opposite of his gentle-hearted predecessor.

“What do you want?” he growls, his voice is deep, charred from either years of tobacco use or a lifetime of yelling at people.

“Yes. You’ve stated that,” he interrupts.

“Your grandfather named me in his will.”

If I think that piece of information will bring out his warmer side, I am mistaken. Pushing open the door a few more inches, so he can scrutinize me from head to toe, he lets spill his assumption. “You’re a little young for my grandfather, aren’t you?”

“Why else would he leave you a collection worth five hundred and forty thousand dollars?”

“No,” he sneers. “It’s you. Besides that one book, he also left you my entire collection of signed first edition Ernest Hemingway books. Totaling about five hundred and forty thousand dollars. Those books are the most expensive collection he had,” he continues through gritted teeth and fluttering nostrils. “I hope you were a good lay, and it was worth it for him.”

“You don’t even know me to make that kind of assumption.”

“I know your type, gorgeous. You get by on that long golden hair, those deep brown eyes—” He eyes my body top to bottom again. “—those long lean legs. You expect the world to cater to you, and you don't care what you have to do to get what you want. Including getting old guys off in exchange for their fortunes.”

“Who the hell do you think you are?” My two inch heel grinds the cement step. A stinging warmth of perspiration collides with the salty tears forming on the rim of my burning eyes. Reality hits me in an instant. Forever gone is my kind, old friend, mentor and nurturer who shared my love of books. I fling open the door and hold my hand flat against it so he can't pull it shut. “Your grandfather is probably looking down on you shaking his head in disgust. I don’t need the Hemingway book. I’m just here out of respect for a dear friend.” I turn on my heel and walk away, heartbroken for a man I’ll never have the pleasure of talking with again and maddened by a man I hope never to see again.
Not ten feet from the door, my hopes are already dashed.

“What?” I say with just as much contempt when I turn around.

“Sorry I was rude, but a half-million dollars is a lot of money.”

He expects me to respond, but I turn back around and take a step toward my car.

“Maybe—” he shouts so I stop walking. “—we can discuss this pathetic stipulation further. When I get back from California.”

Once again, I turn to face him and sigh. “I don’t even know what you’re talking about. I received a phone call from a Mr. Samuel Hart saying that I was to pick up the Green Hills of Africa book that Mr. Vescovi left me. He never mentioned anything about a five hun—”

“Right. Well, there’s a bit more to it. I don’t have time to get into it right now, I gotta be to the airport in an hour, but can we meet in two weeks? I’ll bring a copy of his will.”

“Fine.” Aside from being a regular customer, it doesn’t make sense that Mr. Vescovi would leave me anything, but I can’t just ignore his grandson, rude as he may be.

“Is there somewhere we can meet around here?”

“Unless you want me to guess where you’re gonna be.”

Jackass. “I can give you my phone number.”

The guy snorts. An immature ass.

“I work in the evenings.”

“None of your business.” My voice cracks. Betrayer.

“I can find out on the internet if I really want to.”

“Noon works.” It goes against my nature to leave a discussion without a proper farewell, but that’s exactly what I do when I turn on my heel and leave Quest Vescovi once and for all.

J.P. Grider is a New Adult/Young Adult author who is a sucker for a good love story—whether it's reading one or writing one. And when she's not reading or writing a fairy tale, she's living one with her husband, four children, and her little Auggie Doggie.

a Rafflecopter giveaway
Posted by Book Lady's Reviews at 23:51