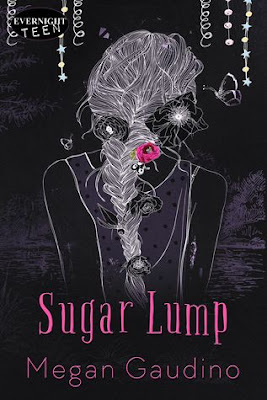 Seventeen-year-old travel blogger CC is stuck on a never-ending road trip with her wanderlust-addicted father. When her dad lands the job of his dreams in Sugar Lump—wedding capital of the world—CC finally finds a place to call home. Complete with two quirky best friends and a quixotic guy to crush on, Sugar Lump is more shades of perfect than she can possibly count.

But when CC accidentally overhears the mayor complaining that she has to “take out” a rogue employee for not fulfilling the terms of his contract, the idyllic town’s facade crumbles. Devastated by the possibility of having to move yet again, CC discovers everyone has been keeping a massive secret from her—including her own father.

CC has spent her life moving from place to place with her dad and never settling. She runs her own travelling blog, which is extremely popular and has just moved to Sugar Lump, which has a reputation for hosting wedding ceremonies that end in happily ever afters. As soon as CC moves in, everything looks perfect and she immediately makes some new friends, who are more than welcoming. But, she slowly uncovers a disturbing secret that makes her doubt everything she was told about this bright community and relationships are put to the test, when she discovers what's really going on.

First of all, I really enjoyed the premise of this book and its unpredictable nature. When I started reading, I had no idea where the author was going with the plot and the twist that came with the unexpected revelation, was very interesting and truly surprising. I could not wrap my head around the fact that, some people are corrupted enough to agree to such ridiculous circumstances and give up their whole lives for a false and pretentious image. No further details on that but, you have to be extremely desperate in order to base your whole life on complete lies. I was seriously shook with the unexpectedness of this plot twist, which was probably my favorite part about this book!

Second of all, I really liked CC as a main character and even though it took me a while to connect with her, I enjoyed seeing things from her perspective. I also found her questioning nature refreshing and the fact that, she found the courage to stand up to the problem admirable. She really matured as the story progressed which became obvious in the way she chose to deal with things. Luna and Henry were very likable and added their own personal touch of humor and lightheartedness in the otherwise mysterious atmosphere of the novel. I fell in love with Thorn from the moment he was introduced in the story and the sexy bad boy love interest was definitely not lost of him. I really like the dynamics of his and CC's relationship, which was kind of forbidden before the truth came to the surface!

The story felt very rushed for its development though and I felt like some questions were left unanswered by  the end of the novel. It was very short and its length prevented the many things that were going on at once, to be fully explained by the facts that came before or after them. I love fast paced books and the suspense of this one really kept me on the edge of the seat but, at the same time, it ended too abruptly. Some aspects of the story weren't that clear and could have been developed a bit more. There were too many things left hanging and we can't just assume what happened after the truth was revealed. I definitely think that, if some things weren't so underdeveloped and the author spend more time explaining some of the things that took place in the novel, Sugar Lump would've been a perfect read!

Overall, I really liked Sugar Lump and found its plot very different from most YA Contemporaries! Reading it was quite the experience since the mystery and suspense were perfectly combined with the story itself! The characters were very likable and their development throughout the story was truly impressive! I could not even predict the truth hidden beneath the perfection of the town and the author did a great job of bringing it to life. The only thing that didn't add up was how rushed it all felt at times and how abrupt the ending was.

Megan Gaudino works in a high school library by day and on her own books by night. She’s made up of a mixture of black clothing, iced coffee, and a desire to go adventuring. Those things sort of come together naturally to form a writer. She lives in Pittsburgh where you can find her reading, writing, and Instagraming.
{Goodreads | Twitter}

a Rafflecopter giveaway
Posted by Book Lady's Reviews at 20:45