Hello everyone and welcome to the official Blog Tour for Robin Hood's Dawn! Make sure to add this amazing Fantasy Re-telling of one of the most famous heroes in Literature on your TBR lists and don't forget to read my review on it and enter the Giveaway at the end of this post!
Title: Robin Hood's Dawn 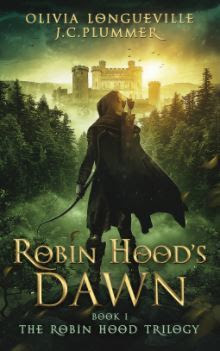 
A kingdom under assault.


A conspiracy born of anarchy.


A hero standing against tyranny.


Leading a band of men against the injustices of a malevolent sheriff and his henchmen, Robin begins to unravel a web of treachery threatening the English royal family.


As shadowy forces gather to destroy the future of a nation, Robin faces deceit, betrayal, and the ravages of war as he defends his king, his country, his people, and the woman he loves from a conspiracy so diabolical, so unexpected, that the course of history hangs in the balance.

From the mists of an ancient woodland, to lavish royal courts teeming with intrigue, to the exotic shores of the Holy Land - Robin Hood leads the fight in a battle between good and evil, justice and tyranny, the future and the past.

Part one of an exciting three-part retelling of the Robin Hood legend!

I've always been a huge fan of Robin Hood and unfortunately, haven't come across a lot of re-tellings so, when I saw Robin Hood's dawn, I was ecstatic! I was extremely excited to start reading it immediately and I was not disappointed. I was a bit confused at the beginning because it took me a couple of chapters to get used to the writing style and the language used but, once I did, everything was great! It was like Robin Hood's Dawn actually transported me to that era with its detailed descriptions and vivid images.

I got immersed in the story and how accurately written it was and I really appreciated the explanations given for terms that I wasn't really familiar with.
I was extremely intrigued and excited to finally be introduced to the characters of the original in a completely different way than I was used to and their development through the novel really impressed me! It was definitely a fresh take on the legend itself and gave the characters a very well thought of new beginning, in a way. The story itself is very engaging and the way it explores conspiracies and distinguishes what is right and what is wrong in the eyes of each character is fascinating. The characters are far from two dimensional, which is something I always appreciate and they have certain depth to them that, truthfully, isn't really easy to come across in novels. They just feel so real and I couldn't help but connect with them more with each chapter!


Throughout the novel, there are so many things going on that kept me at the edge of my seat and I cannot stress how much I enjoyed reading about these characters and their adventures enough! Structure is also very important when it comes to Historical Fiction and Fantasy novels, especially if they're based off of such a famous and loved hero and truth be told, the expectations are a bit higher when it comes to re-tellings in general. I feel like the authors did a perfect job at structuring the novel itself accordingly and creating memorable characters readers could easily relate to. Which is more than admirable! Basing a novel on an already existing one is not easy at all but, they handled it perfectly!

Overall, Robin Hood's Dawn was a beautifully written, action packed and intricately woven tale of loyalty, the difference between right and wrong and how important it is to question corruption and authority when it's not doing what it's supposed to! I highly highly recommend it to everyone in search of an interesting story that will definitely leave a positive impression! I cannot wait for the sequel and I'm extremely curious to see how Robin Hood's story will unfold!

Marian was laughing so hard that she was gasping for breath. She admonished, “You cannot put a hole in that cloud with an arrow.”

“Why do you have so little faith in my abilities?” queried Robin with mock offense. “You are not even giving me a chance. Very well. Pick a leaf, any leaf, and I will pierce the center in one try.”

Marian wiped a stray tear that had leaked from her eye during her unrestrained mirth. “How do you expect me to choose one leaf? The tree is thick with them.

It does not matter which leaf I select; you will always claim that you pierced the correct one.”

She beheld him as he stood there, bow in hand, his pale blue eyes sparkling with mischief, his boyishly handsome face sporting an impish smile, and his wheat-colored hair slightly ruffled owing to their spirited ride from the Locksley stables to their favorite meadow. Marian liked to imagine that it was an enchanted corner of the forest – a refuge dominated by a massive oak, one of the largest trees in this part of the greenwood.

“Well?” he demanded. “What shall I aim for next? I need a challenge, and you will not allow me to poke holes in the clouds, for fear that it will cause them to rain–”

Robin persisted, “And you refuse to choose a leaf, although there appears to be an abundance of leaves from which you could make a selection. I have already slain a brace of coneys and a pheasant. Elvina and the cook will be quite pleased with me.”

Marian huffed in mock exasperation. “Elvina and the cook are always pleased with you.” A sly twinkle brightened her eyes. “What about the pheasant you missed?”

“Missed!” he thundered. “No, no, I did not miss that pheasant. I never miss. Someone deliberately distracted me.”

“It was accidental,” she insisted with a grin.

Robin argued, “Sneaking up behind me and shouting, ‘Do not miss,’ just as I released the arrow was not accidental.”

Their laughter faded as he took her hands into his. Marian gazed deeply into his eyes, attempting to learn every shift in the emotions that he guarded so well.

She believed that he revealed more of himself to her than anyone else, but he was still often a puzzle. At times, he was quiet and contemplative, obviously focusing his mind on some problem or issue, yet denying that he was thinking about anything important. On some occasions, she had seen him tense with anger, only to disguise his feelings by making a jest or laughing, even though he was clearly not amused. Marian knew that when he was truly battling his emotions, he would disappear into the embrace of Sherwood Forest, for Robin was a man who found comfort in the untamed beauty of nature.

Once, in a surprisingly candid conversation, Robin had described to her what the forest meant to him. He spoke of how the forest made him feel alive, and how each of his senses experienced the greenwood: the fragrances of pine and wild blossoms, the sounds of a rushing river at his feet and the rustling of leaves overhead, the taste of freshly gathered berries, the feel of a gentle rain against his face, and the vistas that could only be viewed from tree limbs high above the forest floor. Robin had told her that the forest was both vast, as it stretched to the horizon, and intimate, as the sheltering trees sometimes seemed to be crowding around him.

Marian had frequently pondered his words, and she longed to hear him speak openly about himself again. Unfortunately, whenever she asked him about his feelings or his thoughts, he deflected her questions with either a joke or a change of topic. 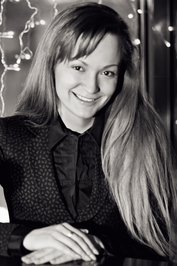 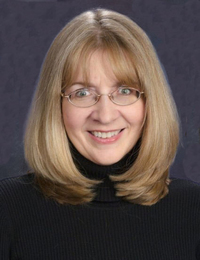 a Rafflecopter giveaway
Posted by Book Lady's Reviews at 16:02