Very excited to be participating in the Official Blot Tour for Pretty Dead Girls By Monica Murphy! Make sure to read my thoughts on the novel and enter the Giveaway at the end of this post! 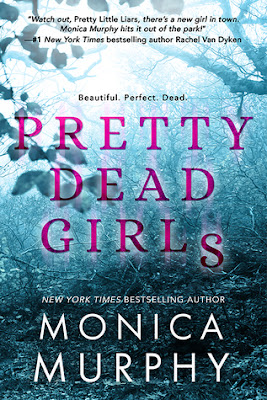 In the peaceful seaside town of Cape Bonita, wicked secrets and lies are hidden just beneath the surface. But all it takes is one tragedy for them to be exposed.

The most popular girls in school are turning up dead, and Penelope Malone is terrified she's next. All the victims so far have been linked to Penelope—and to a boy from her physics class. The one she's never really noticed before, with the rumored dark past and a brooding stare that cuts right through her.

Everyone has secrets, and theirs might get them killed.

First of all, I found it extremely hard to connect with the main character, which was probably the biggest issue I had with this book. Penelope came off as very privileged and cold-hearted, which made it even harder for me to relate to her in any way. At the beginning that is. As the story progressed, she did grow on me. I could definitely see where she came from and why she acted that way. Being raised in a particular way is very difficult to shake off as you grow older and having her life controlled by her family was probably not the easiest thing for a seventeen year old who wants to let got for a bit and relax. Her true self was slowly revealed and I got to know her a bit better through her relationships with everyone else and how she chose to deal with the tragedies that took place throughout the majority of the book. She grew as a person throughout the novel and started caring about more than just being an over-achiever and following the rules. She came to realize how important is is to care about people, which is always important!

Second of all, I fell in love with Cass. His story is extremely complicated and what he went through is revealed from the very beginning but, the details are slowly unraveled and not just given along with the facts. I loved his non apologetic way of dealing with this over achieving community and how he did not conform to its ridiculous ways. I feel like he was everything Pen needed to finally find her own path in life and start making her own decisions along the way. The secondary characters were also very interesting and played a big part in how the story progressed. Their actions were inexcusable at times but, they did not deserve to be brutally murdered.

The story itself was very engaging and suspenseful, which I really enjoyed. I couldn't stop reading and had to reach the ending in order to discover the truth and who the actual killer was. Its fast pace kept me at the edge of my seat and made the experience of reading it even more enjoyable. I also really liked the writing style and the fact that, we got a couple of chapters from the killer's perspective, without really knowing his or her identity, which was very clever and added so much more to the mystery of the story. I immensely enjoyed the romance part of the book because of how it started out and didn't feel like it overshadowed everything else. It was extremely swoon worthy and I'm a hopeless romantic so, the combination will never stop being addictive!

The ending was definitely unexpected but, I feel like not all questions were answered and some parts felt a bit rushed. Even though the main character was flawed and had her priorities in the completely wrong order, I really liked the fact that, Monica Murphy managed to make me like her in the end. The character development was truly impressive and starting off disliking a character and finishing a book having positive feelings about their development isn't something that happens much in YA novels or any Genre, for that matter. At least for me, personally.

Overall, Pretty Dead Girls is an unpredictable, entertaining and fast paced story that fans of Mystery  combined with a bit of swoon worthy Romance will definitely enjoy! It does have its flaws but, I really think it's a story worth reading! 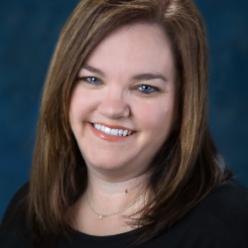 Monica Murphy is the New York Times, USA Today and #1 international bestselling author of the One Week Girlfriend series, the Billionaire Bachelors and The Rules series. Her books have been translated in almost a dozen languages and has sold over one million copies worldwide. She is a traditionally published author with Bantam/Random House and Harper Collins/Avon, as well as an independently published author. She writes new adult, young adult and contemporary romance. She is also USA Today bestselling romance author Karen Erickson. She is a wife and a mother of three who lives with her family in central California on fourteen acres in the middle of nowhere, along with their one dog and too many cats. A self-confessed workaholic, when she’s not writing, she’s reading or hanging out with her husband and kids. She’s a firm believer in happy endings, though she will admit to putting her characters through many angst-filled moments before they finally get that hard won HEA.