Hello guys and welcome to the official Book Blitz for Abroad by Liz Jacobs! Make sure to enter the Giveaway at the end of the post and don't forget to at this interesting read on your TBR lists!

The heartwarming and romantic conclusion to the duology celebrated by Teen Vogue as “a nuanced and sexy take on growing up and learning to accept who you are.” 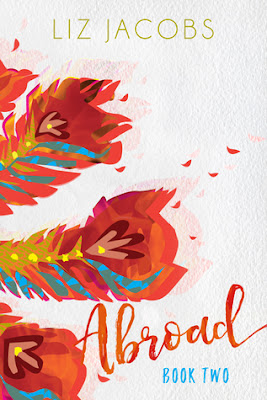 Nick Melnikov has finally done it — he’s come out.

To himself. To his sister. And to Dex, who listens, hears him, and understands. To Dex, who kisses him and shows him all that they could be, if Nick could only find the courage. It’s one thing to let yourself be open thousands of miles away from your family, but exchange student Nick is uncomfortably aware that his time with Dex is running out. Who will he be when he goes home again?

Dex Cartwell is as happy with Nick as he’s ever been, but he can’t ignore the shadow of Nick’s inevitable departure from London, back to his life in Michigan. Is it worth it for Dex to expose his heart to another doomed relationship with a predetermined expiration date? What does Dex really want for the beginning of the next chapter in his life, post-graduation?

Dex wants to turn to his best friend in the struggle to find a way forward, but Izzy Jones has her own problems. She’s got one friend in love with her, and when she turns to another for help things get twice as complicated. Izzy never wanted complicated, but life just keeps getting in the way — and sweeping her off her feet.

Then Nick’s mom and sister come for a visit, and he is forced to decide between living his truth and protecting himself from fear and change. It’s going to take a lot of courage and a few leaps in the dark if Nick, Dex, and Izzy are to find a way to live and love on their own terms.

A shift next to Nick, then a sigh. He froze. Had he woken Dex up after all?

He waited as Dex moved behind him, and then the futon shifted. Dex was up.

Nick turned over, only to see him escape quietly out of the study.

Nick took advantage of it and shifted into a position he could maybe fall asleep in, provided he could shut his fucking brain up. God, sleeping next to another person was stressful as hell. He and Lena did it rarely enough that he had never managed to get used to it. Dex didn’t seem to have this problem. Again, Nick’s lack of experience made him squirm.

Dex came back shortly, kneeing his way up the futon, his body graceful in the dark. Nick swallowed. “Hi.”

“You’re awake!” Dex plopped down next to him and immediately cuddled up, their knees meeting. “Did I wake you? Sorry.”

“No, I wasn’t asleep yet.” Nick wished he hadn’t said it the moment it left his mouth.

“You all right?” He almost jumped when Dex’s hand found his side, wrapped around his back.

The shadow of Dex’s face loomed closer, then Dex’s breath fanned over his face. A kiss—a peck really—to his lips. “Sorry.”

It was so much darker here than in London. “Not your fault.”

Their voices were quiet, almost whispers. Dex sounded uncertain when he said, “I hope you like Easter. It’s one of Mum’s favorites.”

“I’m excited,” Nick said. He sort of was. The only Easter thing he had ever done was dye eggs in school as a kid, back in Russia. “I’m sure it’ll be great.”

“Just, you know. You, meeting my folks. I mean, the last boyfriend of mine they met was the one I had in school for, like, a month.”

“Is that ... parents of someone you dated?” Dex sounded careful. Nick sighed.

He hadn’t meant to open up this door, but Dex had been so generous with his past. It was probably time for Nick to mirror him.

“Yeah, my girlfriend. My ex-girlfriend, I mean. We dated in high school and college.”

More than one question in his voice, Nick knew. He was so glad they were in the total dark. He squirmed. “Yeah. I mean, I did ... you know, I did like her. We were best friends. I ... I really messed that up when we broke up.”

“Just this past summer,” Nick breathed.

Nick chewed the question over. He still didn’t know what had given him the courage to do the right thing, as it were. He hadn’t ever really felt comfortable with Lena, not in a physical relationship, anyway. He loved her so much, and he’d hated having her as a girlfriend. Just as he would have hated having any girl for a partner.

Nick’s breath whooshed out of him. “Yeah. I didn’t tell her that, though.”

“She didn’t take the breakup well?”

Nick screwed up his eyes. Thoughts of Lena always brought on intense flushes of shame, peculiar only to her. He had used her, whether as a cover for others or for himself, he had used her, and discarded her. She deserved so much better than him. “No,” he whispered. “She ... she kind of hates me now.”

“Would you ... I mean. Would you consider telling her?”

Nick swallowed. “Telling her what?”

The very thought made him wince. How could he? What if she felt more hurt? What if she would hate him even more, if that was even possible? What if—what if she told her parents, who would—no. God. No, he couldn’t—he couldn’t even imagine that. He couldn’t imagine anyone besides Zoya knowing, he couldn’t even form an image, it was all static in his mind. Could he
ever look them in the eye, knowing that they knew he was into boys, into—no.

He recoiled from the very idea, felt sweat break out on his back, soaking into his t-shirt.

“Why? What could happen?” Dex’s whisper sounded halting. Nick twisted away and Dex’s hand slipped off his side. They were only touching at the knees.

“I just ... I guess I’d never thought about it,” he said. Maybe if he pretended to keep the demons in the past ...

“That makes sense,” Dex said. “‘S all right.” Again he leaned in and kissed him.

Then he turned over. “We should probably sleep, long day tomorrow.”

Nick felt cold everywhere Dex had been touching him. He made himself roll over and get into a good position for sleep. If he ever did sleep. “Good night,” he whispered, but it had been so quiet, he wasn’t sure Dex had heard. 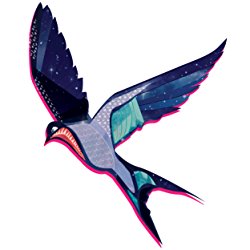 Liz Jacobs came over with her family from Russia at the age of 11, as a Jewish refugee. All in all, her life has gotten steadily better since that moment. They settled in an ultra-liberal haven in the middle of New York State, which sort of helped her with the whole “grappling with her sexuality” business.

She has spent a lot of her time flitting from passion project to passion project, but writing remains her constant. She has flown planes, drawn, made jewelry, had an improbable internet encounter before it was cool, and successfully wooed the love of her life in a military-style campaign. She has been nominated for the Pushcart Prize for her essay on her family’s experience with immigration.


She currently lives with her wife in Massachusetts, splitting her time between her day job, writing, and watching a veritable boatload of British murder mysteries.

a Rafflecopter giveaway
Posted by Book Lady's Reviews at 15:00