For every copy of this book sold 10p will be donated to The Katie Piper Foundation: www.katiepiperfoundation.org.uk 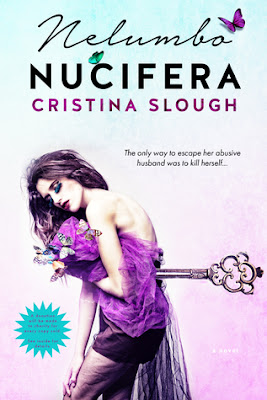 On the surface, Gaby Parker has it all; however, behind closed doors, is a woman who lives in constant fear of the man who was supposed to love her: her husband, Kyle. Beaten, desperate, and broken, Gaby realizes the only way to escape from her violent husband is to kill herself — on paper. Gaby is dead, and Riley Locklin is born, residing in the tranquil coastal town of Chesswick Bay Montauk where she hopes to start over and meets a man who shows her bruises aren't kisses.

Meanwhile, back home, Kyle is doing everything in his power to prove Gaby isn’t dead.

Kyle isn’t buying it; he knows she’s still alive. He launches his own full investigation to find his wife — and he’ll stop at nothing to claim her back. A female Detective assigned to his wife’s case doesn’t like him very much after discovering a domestic violence report - scorned by the history of her mother’s domestic abuse, she’s determined to send Kyle down for his wife’s murder.

And then he finds her. Will Gaby finally take a stand?

This book contains themes that some readers may find disturbing. Contains possible triggers.

*I received this book in exchange for an honest review. All thoughts and opinions are my own.*

Gabby has had enough of her husband's abusive behavior and when things go too far, she decides to fake her own death and escape him once and for all. But Kyle is a clever bastard - excuse my language - and clever bastards are willing to do whatever it takes in order to get what they want. Gabby has a new identity (which mind you, she paid a lot of money for) a house that her grandmother left her and a new beginning ahead of her. The future seems quite bright for Gabby but, will she be able to leave her demons behind and move on with her life? And will Kyle manage to catch up with her after all?

I was really intrigued by the synopsis of Nelumbo Nucifera and the title fascinated me because of its unusual nature. The cover is also gorgeous and I couldn't help but go for it. It's definitely my cup of it and I was pretty excited about it! The beginning was quite promising actually, but we got lost somewhere in the middle of the story. We are introduced to Gabby through a third person's perspective and her background is made crystal clear from the first couple of pages.

The writing was pretty enjoyable and the author managed to create likable characters and an enjoyable story line that kept you on edge. For the most part, at least. The pace was a bit slow for my liking and I found my self skipping a couple of paragraphs at times because I felt like the same things were repeated in different ways. But, I really enjoyed the multiple points of view that were used in the story. It made the experience of reading it even more vivid and enjoyable than it would have normally been. If only one POV was used throughout the book, for example.

Gabby and Ben's love story was also something that I found quite fascinating and wanted to indulge in more than I was allowed to. I'm not gonna stand on their relationship because, it's not the focus of the book and I don't want it to be the focus of my review either. Gabby is a very tortured soul, whose bravery and spirit I really admired. Ben is also such a likable character and their meeting is definitely a turning point for Gabby.

Lastly, what I mostly enjoyed about the book and immensely admired, was the fact that the author gave us a glimpse into Kyle's mind. He's a narcissist, a control freak and probably a psycho path. Seeing things from his perspective was actually a very unique experienced which I don't remember ever encountering in other books of the same - or another - genre. Moreover, we also got a glimpse inside the mind of the detective investigating the case of the missing wife and the abusive husband. So, we have the victim, the perpetrator and the woman trying to piece things together in order to save Gabby and put Kyle where he belongs.

Overall, the premise itself was very interesting and it had a lot potential, but I feel like we got a bit lost in the middle. There were some inconsistencies and the timing didn't really add up in some cases, which really confused me and made me take a couple of minutes to look back and get my bearings in order, before I kept on reading. The story ended very abruptly which, truthfully, I was not expecting at all and it kind of threw me off. I wanted something to blow my mind but, unfortunately, it never came my way.

Nelumbo Nucifera didn't blow my mind but, it was definitely a story worth reading and a story worth telling. If you enjoy dark New Adult novels, you'll definitely find the story of Gabby and her survival to your liking!