Title: The Rebels of Gold 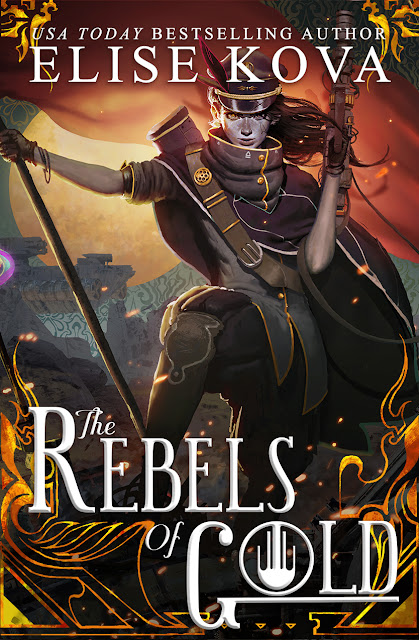 A new rebellion rises from the still smoldering remnants of the five guilds of Loom to stand against Dragon tyranny. Meanwhile, on Nova, those same Dragons fight amongst themselves as age-old power struggles shift the political landscape in fateful and unexpected ways. Unlikely leaders vie for the opportunity to shape a new world order from the perfect clockwork designs of one temperamental engineer.

This final installment of USA Today bestselling author Elise Kova's Loom Saga, The Rebels of Gold will reveal the fate of Loom's brilliantly contrasting world and its beloved inhabitants. 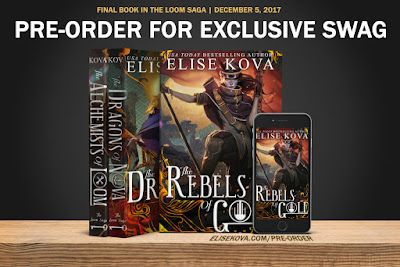 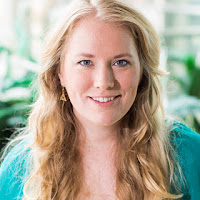 Elise Kova has always had a profound love of fantastical worlds. Somehow, she managed to focus on the real world long enough to graduate with a Master's in Business Administration before crawling back under her favorite writing blanket to conceptualize her next magic system. She currently lives in St. Petersburg, Florida, and when she is not writing can be found playing video games, watching anime, or talking with readers on social media.
{Website | Goodreads | Facebook | Twitter}