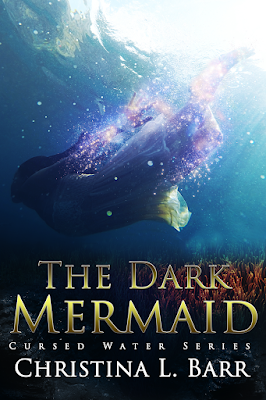 “True love is not a myth. It’s mystic. It’s a force in the universe that draws two people together, resulting in incredible power, for either good or complete chaos.”

On the day Luna proves that she is powerful enough to be her father’s heir, she is banished for saving the life of an enchanting human boy. Her father, the king, gives her two options: kill Ian and regain her honor by the time she comes of age, or be destroyed.

Luna finds shelter in forbidden waters and comes under the protection of her father’s greatest enemy, the Sea Witch. As her ward, Luna becomes a fearsome warrior, but struggles with the fear of turning her powerful magic dark.

With only days remaining before her seventeenth birthday, Luna finds Ian sailing the seas in search of answers. Luna is determined to escape her father’s wrath, and the Sea Witch’s plot of revenge, but dark forces won’t allow her to live a human life without making an impossible sacrifice.

The Sea Witch surprised me and held me by my shoulders from behind. “Out of the two of us, I’m the one that made a blood oath with your father. You could be foolish for a thousand lifetimes and not end up as foolish as I once was.”

Perhaps I was being unfair to her. If she were trying to be a real mother, she deserved a chance. As my elder, she might have sound advice to put my mind at ease. “Napa told me that humans believe in true love. I know it sounds childish, but I think I’m experiencing it. I’ve found true love.”

I was so embarrassed that I kept my eyes focused on the teeth of the comb in my hands. I was responsible for ruining Ian’s childhood, and I delayed his life afterward. I didn’t deserve to feel such a consuming joy, especially if Ian were the root cause.

“I’ve heard of true love.” The Sea Witch nicked my chin up with her finger to force her eyes into mine. “The humans teach it like a fairytale, but true love is not a myth; it’s mystic. It’s a force in the universe that draws two people together, resulting in incredible power, for either good or chaos.”

“Chaos?” I laughed. Frankly, it was difficult to believe that there was an actual explanation to how I felt. Napa referred to love as “irrational logic”. I wasn’t sure if having a legitimate reason was worse or better. “How can what I feel ever lead to destruction?”

“I’m not saying that it will, but true love is a dangerous magic.”

The Sea Witch got uncomfortably close to my face. I tried to back away, but she swam around to observe me fully. Nothing about me had changed physically, but I’m sure she wasn’t seeing with her natural eye. “I can sense it on you. Your magic is stronger.”

I thought of how quickly I defeated my sister, but then, I quickly pushed that out of my mind. “How is that possible? Is it just because I have feelings for Ian?”

“No. That would be ridiculous, but it is possible that you’re drawn to each other for a reason.” She, once again, became agonizingly uncomfortable. I didn’t back away or cower from her glaring and curious eyes. I tried to be firm while I blanketed my mind with thoughts of training battles, meditation, and the past few lonely years of my life. I would not think of Ian, and I certainly wouldn’t think of the kisses we shared!

Except, I completely did.

I don’t know if my sudden memory of Ian’s kiss was vivid enough to burrow into her brain, but she certainly seemed more suspicious after I indulged in it. “You must have seen him again!” I covered my face.

I would have hidden in my clam, but she was already inside of it with me. She grew impatient and pulled my hands away from my flustered face. “I did. Napa found Ian, and I went to see him. He gave me the dagger I had been searching for, and we spoke.”

“That’s not the only thing you did.”

I straightened out my body and tried to look a little taller and mature than I had been acting a moment ago. “We did share a kiss, yes.” 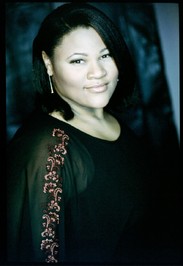 As the daughter of sci-fi enthusiasts and a pastor, Christina L. Barr has been taught to believe that anything is possible. She's been a serious composer as far back as twelve-years-old, and has had the opportunity to sing her songs around the world.In 2007, she graduated from Holly High School number nine in her class and attended College for Creative Studies. She started a pop culture website called The Gorgeous Geeks with her two older sisters, and was even featured on Times Magazine.Her addiction to writing emerged when she was eighteen and started her first novel. To date, she has nine novels published, fourteen completed, and her goal is to finish thirty books by her thirtieth birthday.She is currently a Creative Director and spends her days making graphics and videos.

a Rafflecopter giveaway
Posted by Book Lady's Reviews at 21:40