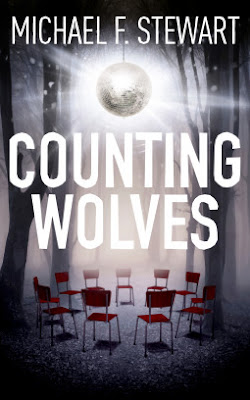 The Breakfast Club meets Grimm’s Fairy Tales in the lair of an adolescent psych ward.

Milly’s evil stepmother commits her to a pediatric psych ward. That’s just what the wolf wants. With bunk mates like Red, who’s spiraling out of control; Pig, a fire-bug who claims Milly as her own—but just wants extra dessert—Vanet, a manic teen masquerading as a fairy godmother with wish-granting powers as likely to kill as to help; and the mysterious Wolfgang, rumored to roam for blood at night; it doesn’t take long for Milly to realize that only her dead mother’s book of tales can save her.

But Milly’s spells of protection weaken as her wolf stalks the hospital corridors. The ward’s a Dark Wood, and she’s not alone. As her power crumbles, she must let go of her magic and discover new weapons if she is to transform from hunted to hunter.

I knew this book was going to be extraordinary, before I even started reading! Its unique storyline is enough to draw you in and make you want to keep reading. It's also quite unpredictable and you might end up getting lost in its complicated nature. The characters themselves are some of the weirdest - in a good way - and most fascinating people I've read about recently and I immensely enjoyed getting to know them and their stories.

The plot was captivating and unlike anything I've read before. The story takes place in a psych ward, which is quite unusual and extremely interesting. It follows the life of Milly, who is admitted into a psychiatric hospital by her stepmom...Evil stepmother vibes, anyone? She' s trying to count her way out of the wolf's dangerous intentions The counting is obsessive, but it does a great job at keeping the wolf at bay. This results in her being checked into the psych ward, where the wolf is waiting for her...There, she meets some very unique and kind of weird characters. They all have their own stories, which makes them even more interesting, and struggle with different things from the very beginning.

Milly was such a complicated, but at the same time likable, character. She feels everything so intensely that, you cannot help but feel it alongside her. The images in her mind become so vivid and show her hidden strength, that won't be deterred by any mental illness. She's determined to destroy the wolf and overcome her fears, in order to live a happily ever after. Her development throughout the story was very impressive and I really enjoyed being a small part of her journey.

The rest of the characters definitely added a touch of something different, something that hasn't been explored before, in the story and made it even more interesting to read. Every single one of them had something special to offer and it was quite obvious from the impact they had on the plot and how it progressed. I feel like the book wouldn't have been what it is without them. I'm not going to sit here and talk about every single one of them because it would be so much better for you guys to get to know them and explore their true natures while you're reading the book so, I'll just say that they do come from fairy tales and that is enough to make you fall in love with them!

Overall, Counting Wolves was quite the spooky mix of all fairy tales. And if not all, definitely most of them. The plot was dark and mysterious, the characters so likable and easy to connect to, and the writing absolutely beautiful and captivating. I knew I would enjoy this one just by reading its synopsis and I'm so glad that I wasn't disappointed. I would definitely recommend it to those of you who are looking for something different to read and of course, enjoy! Also, I would suggest going into this with an open mind and without really knowing a lot!

Michael F. Stewart is winner of both the 2015 Claymore Award and the 2014 inaugural Creation of Stories Award for best YA novel at the Toronto International Book Fair. 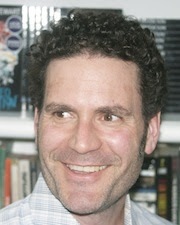 He likes to combine storytelling with technology and pioneered interactive storytelling with Scholastic Canada, Australia, and New Zealand’s, anti-cyberbullying program Bully For You. In addition to his award winning Assured Destruction series, he has authored four graphic novels with Oxford University Press Canada’s Boldprint series. Publications of nonfiction titles on Corruption and Children’s Rights are published by Scholastic and early readers are out with Pearson Education.

For adults, Michael has written THE SAND DRAGON a horror about a revenant prehistoric vampire set in the tar sands, HURAKAN a Mayan themed thriller which pits the Maya against the MS-13 with a New York family stuck in the middle, 24 BONES an urban fantasy which draws from Egyptian myth, and THE TERMINALS–a covert government unit which solves crimes in this realm by investigating them in the next.

Herder of four daughters, Michael lives to write in Ottawa where he was the Ottawa Public Library’s first Writer in Residence. To learn more about Michael and his next projects visit his website at www.michaelfstewart.com or connect via Twitter @MichaelFStewart.

Michael is represented by Talcott Notch.

a Rafflecopter giveaway
Posted by Book Lady's Reviews at 00:30