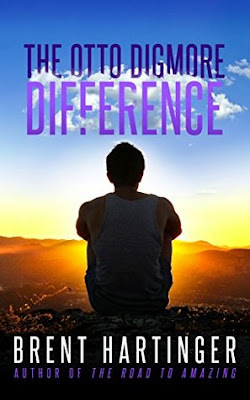 “Road trip!” Otto Digmore is a 26-year-old gay guy with dreams of being a successful actor, and he’s finally getting some attention as a result of his supporting role on a struggling sitcom. But he’s also a burn survivor with scars on half his face, and all indications are that he’s just too different to ever find real Hollywood success. Now he’s up for an amazing new role that could change everything. Problem is, he and his best friend Russel Middlebrook have to drive all the way across the country in order to get to the audition on time. It’s hard to say which is worse: the fact that so many things go wrong, or that Russel, an aspiring screenwriter, keeps comparing their experiences to some kind of road trip movie. There’s also the fact that Otto and Russel were once boyfriends, and Otto is starting to realize that he still might have romantic feelings for his best friend. Just how far will Otto go to get the role, and maybe the guy, of his dreams? Author Brent Hartinger first introduced the character of Otto Digmore in 2005, in his Lambda Award-winning books about Russel Middlebrook. Back then, Otto was something pretty unusual for YA literature: a disabled gay character. Now, more than a decade later, Otto is grown up and finally stepping into the spotlight on his own. The Otto Digmore Difference, the first book in a new stand-alone series featuring Otto, is about much more than the challenges of being “different.” It’s also about the unexpected nature of all of life’s journeys, and the heavy price that must be paid for Hollywood fame. But more than anything, it’s a different kind of love story, about the frustrating and fantastic power of the love between two friends.