Welcome to the Official Blog Tour for:

Toward A Secret Sky 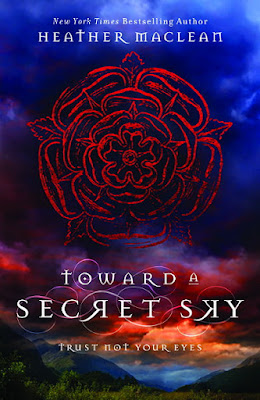 Shortly after 17-year-old Maren Hamilton is orphaned and sent to live with grandparents she’s never met in Scotland, she receives an encrypted journal from her dead mother that makes her and everyone around her a target. It confirms that her parents were employed by a secret, international organization that’s now intent on recruiting her. As Maren works to unravel the clues left behind by her mother, a murderous madness sweeps through the local population, terrorizing her small town. Maren must decide if she’ll continue her parents’ fight or stay behind to save her friends.With the help of Gavin, an otherworldly mercenary she’s not supposed to fall in love with, and Graham, a charming aristocrat who is entranced with her, Maren races against the clock and around the country from palatial estates with twisted labyrinths to famous cathedrals with booby-trapped subterranean crypts to stay ahead of the enemy and find a cure. Along the way, she discovers the great truth of love: that laying down your life for another isn’t as hard as watching them sacrifice everything for you.

First of all, I want to start this review by saying that, I had anticipated the release of Toward A Secret Sky and when the opportunity to join the blog tour for it arose, I could not resist entering. Don't get me wrong but, I knew I was going to love it as soon as I started reading! It's definitely my kind of book - if that makes sense whatsoever - and I'm so glad that I got the chance to read it sooner than I had originally planned!Moving on to the plot itself. It had my attention as soon as I finished reading the first paragraph and with every page that I turned, things got even more intense. I had that amazing feeling of excitement throughout the whole book and it made me eager to keep reading in order to learn how the story would progress and what would eventually happen. I feel like it's been a while since I've read a Fantasy/Paranormal book and enjoyed it this much or even better, loved it. I also loved the characters introduced in this book! Maren was kind of naive sometimes and in denial of what was happening around her but, I really enjoyed reading this story from her perspective and seeing her develop throughout it. She seriously had me holding my head and covering my eyes because I could not, for the life of me, predict what she'd do and where she would end up because of it. I felt this rush of adrenaline every single time and it was like the pages were turning into a movie inside my head. They were so vividly described and filled me with an anticipation that I always welcome and find more than exciting in books! She's also very loyal and deeply cares for her loved ones, something that I always love and appreciate. Gavin on the other hand was a force to be reckoned with. Of course he's gorgeous, brave and all kinds of wonderful. No doubt there! He deeply cares for Maren but is torn between love and duty. He's definitely boyfriend material if you ask me though. Just saying. Problem is, Maren is going to become a target if anyone learns that he's actually in love with her. Which complicates things much more and of course, I'm up for it. The romance was to die for. It was definitely insta love so, I'm not sure whether everyone will enjoy it as much as I did. I personally do not have a problem with insta love romances. Quite the opposite actually. My heart is too romantic to be bothered or even annoyed by them. Of course that doesn't mean that I always have to enjoy them. Depends on their beginning and further development. Gavin and Maren's romance was definitely on the swoon worthy and very interesting side. Insta love doesn't necessarily mean that, they get to be together in the end, or at all. And in this case, their relationship is so much more complex than anyone - including me - would have thought.The writing was pretty great and descriptive. No question was left unanswered and I immensely enjoyed the flow of the story itself, which in my opinion is very important. It was also fast-paced - my favorite - and kept me on edge with its unexpected twists and very unpredictable nature. I could not stop reading and I seriously did not expect anything less. Last but not least, the secondary characters of the book, which I'm not going to name because of obvious reasons, made things even better and contributed to the book in their own way. They were very likable and easy to connect to, making the experience of reading even better. Overall, Toward A Secret Sky is a unique and fascinating tale of secrets, set in a world where coincidences do not exist, nothing is certain and nobody can be trusted. Perfect for fans of both action and love at first sight, it will grab your attention and you won't be able to stop reading until there aren't any more pages left!To conclude this review, I want to say that, the ending did break my heart. Not only that, but it also tore it into pieces, stomped on it and left me wondering whether I'll ever be able to put it back together. Talking about it will make things worse for me and obviously spoil anyone who hasn't read it so, I'll just keep that one to myself and rant about it until I see an announcement for the sequel. There is going to be one, right?

I sincerely hope you found this review helpful! 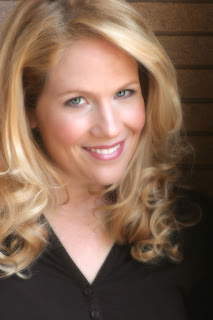 Heather Maclean is a New York Times bestselling author and editor of 15 books. She has appeared on Good Morning America, the CBS Early Show, Fox Business Network, ParentsTV and Sirius' "Dr. Radio." After graduating from Princeton University, she began her career at Entertainment Weekly. Her work has appeared in Conde Nast Traveler, Pregnancy magazine, NY Metro Parents magazine, as well as newspapers around the country. Named one of the "16 Best Entrepreneurs in America" by Sir Richard Branson, she accompanied the adventurous business legend on a 50,000-mile trip around the world, alternately helping improve the lives of others (designing sustainable development initiatives in South African villages) and fearing for her own (rappelling out of a Black helicopter in a Moroccan sandstorm). She was also the first civilian mom to experience zero gravity aboard a "space plane," an experience she will never, ever repeat. Their journey, titled The Rebel Billionaire, was televised on Fox TV in 2005 for an audience of 8 million viewers. Heather is also a former Disney executive. She launched several of the company's first, award-winning websites, and holds the distinction of being the first person to ever answer Mickey Mouse's email. When not castle hunting in her husband's native Scotland, Heather fills her days with her two beautiful daughters, Hunter and Hadley, and dashing son, Gavin.

a Rafflecopter giveaway
Posted by Book Lady's Reviews at 07:00