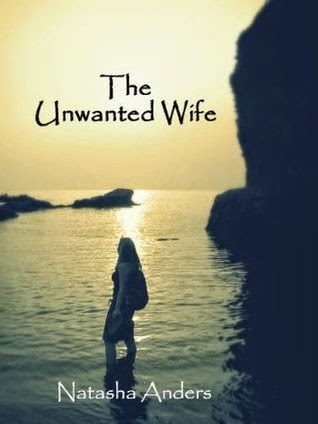 The Unwanted Wife by Natasha Anders
My rating: 5 of 5 stars

Theresa has loved Alessandro since almost two years ago when they married.And obviously,Alessandro has to love her back right?No,that's not what happens.The only thing he wants from her is a son.Apparently,he made a deal and his way out from the deal is a child.But when Theresa asks for a divorce he can't give her,and when she will finally give him what he wants,time passes and he comes to realize that he's not willing to let her go.He tries to fix things and do things he should've done before.But it's not easy because the heart is like glass,and even though the pieces might be put back together...that heart will never be the same again...And Alessandro did never realize what he had and what he felt for her,until it was time for him to lose her.

Theresa was an amazing main character and I loved the fact that she finally stood on her own two feet and realized that what was happening couldn't continue.Alessandro ignored her,didn't respect her and made her life a living hell.

"I refuse to let you walk all over me anymore.It's time you start showing me some respect!"

"No,I'm finally making my own decisions.Up to this point in my life,everything has been decided for me...this marriage would never have happened if my father hadn't decided that you would make the perfect son in lay.After that,the wedding date,where we would live...it was all you or my father.I couldn't even choose my own wedding dress"the last emerged in a small,broken voice which quavered with remembered disbelief and outrage.

I also admired the fact that Theresa tried to turn a bad situation good and kept going,even though the person she loved didn't care about her.Few people would do that and last a year and a half.

She had spent the first year of her marriage believing that Sandro would come to love he.r

And when she couldn't take it anymore,because truth be told,the words that came out of Alessandro's mouth would make anyone burst into tears,she decided to give up and stop trying for something that would never happen.Meaning that she stopped trying to make Alessandro love her as much as she loved him.It was impossible.

"Of course you know nothing about me."her voice was hoarse with the effort it took not to scream at him."You're the one who decided,even before we got married,that there was nothing worth knowing about me."

I have to admit that I hated Alessandro as a character.I could understand him and all but that didn't excuse his unacceptable behavior.And he made someone's life miserable for what?A piece of land?He could have at least respected Theresa and treated her like she deserved to be treated.And then when he realizes Theresa had nothing to do with that deal I talked about in the beginning,he's just like..."Oh,she had nothing to do with it?Let's forget everything and try to make things right...Just like that."How convenient.

"I have no respect for you Theresa...not even as the potential mother of my child because,quite frankly,you can't even do that right"

And you know why he told her that?Because she had a freaking miscarriage and instead of supporting her then,he let her go through it alone and came to throw it in her face and make her feel more awful than she already felt...Tell me,how can I as a reader,who feels heartbroken because of everything that happened to Theresa,accept and more importantly believe the fact that he wants to make things right.

Moving on to the fact that he made himself the victim of the situation which he got himself in...Oh poor Alessandro,had to leave his family and sacrifice the love of his life to marry someone else.And he as the honorable person he is,had to make that someone else's life miserable and remind her everyday that she meant nothing,she was nothing and he could never love her...Congratulations.

Rick and Lisa were two of the most amazing and supporting secondary characters.They helped Theresa and were the only people she could actually talk to and trust.Her father on the other hand...Yeah,I wanted to kill him.He was so selfish and self absorbed,that he didn't even care about his daughter and her future and happiness.He doesn't care about her at all.

This book was surprisingly interesting and enjoyable. I devoured it in a day and I was extremely happy that I liked it so much.A fascinating story filled with drama,heartbreak and a happily ever after.It is beautifully written with some strong messages that we should all take into consideration.The plot was really unique and different from anything I've read before which of course made the experience of reading this book special.The concept is really intriguing and different from anything else and the character development is obvious and more than exciting!

As you can see I got quite expressive and passionate while writing this review.Because seriously,nobody deserves to be treated that way.But I'm really glad that throughout the book,Theresa found the confidence that was taken from her in the worst way and showed everyone her real self.She stopped pretending and trying to please others and she finally became the person she was meant to be.Even after finishing the book,I don't know what to feel about Sandro.I truly hated him as a character but in the end,he really did change.He also ended up with something or someone he never knew he wanted or needed in his life.Which is really satisfying because the experience made him a better person.In my opinion,he learned to appreciate the simplest things in life and not take anything for granted.

Highly recommend it!
Posted by Book Lady's Reviews at 21:28