**The first book in a brand new series from USA Today bestselling author Rachel Schurig. This New Adult Contemporary Romance novel is a complete story with no cliffhanger.**

Daisy Harris has no reason to suspect that her day will be any different than usual. She’ll go to class, alone. She won’t speak or make eye contact. She’ll spend her entire day doing her best to go completely unnoticed. That’s what life is like for Daisy now—an endless cycle of loneliness and fear. A life lived hiding behind the walls she so faithfully maintains.

Then she sees it. A magazine, left behind in class. A simple picture—just his face. And it changes everything.

It’s been a year since she’s seen Daltrey Ransome. A year since he and his brothers left town to pursue their dreams of rock and roll superstardom. A year since he left Daisy behind—left her to watch as everything she knew crumbled around her. She’s been running from Daltrey ever since, desperate to keep her secret.

But she can’t run anymore. And now that Daltrey has found her—the girl he’s loved his entire life, the girl he’d give up everything for—he’s determined never to let her go again.
(Amazon) 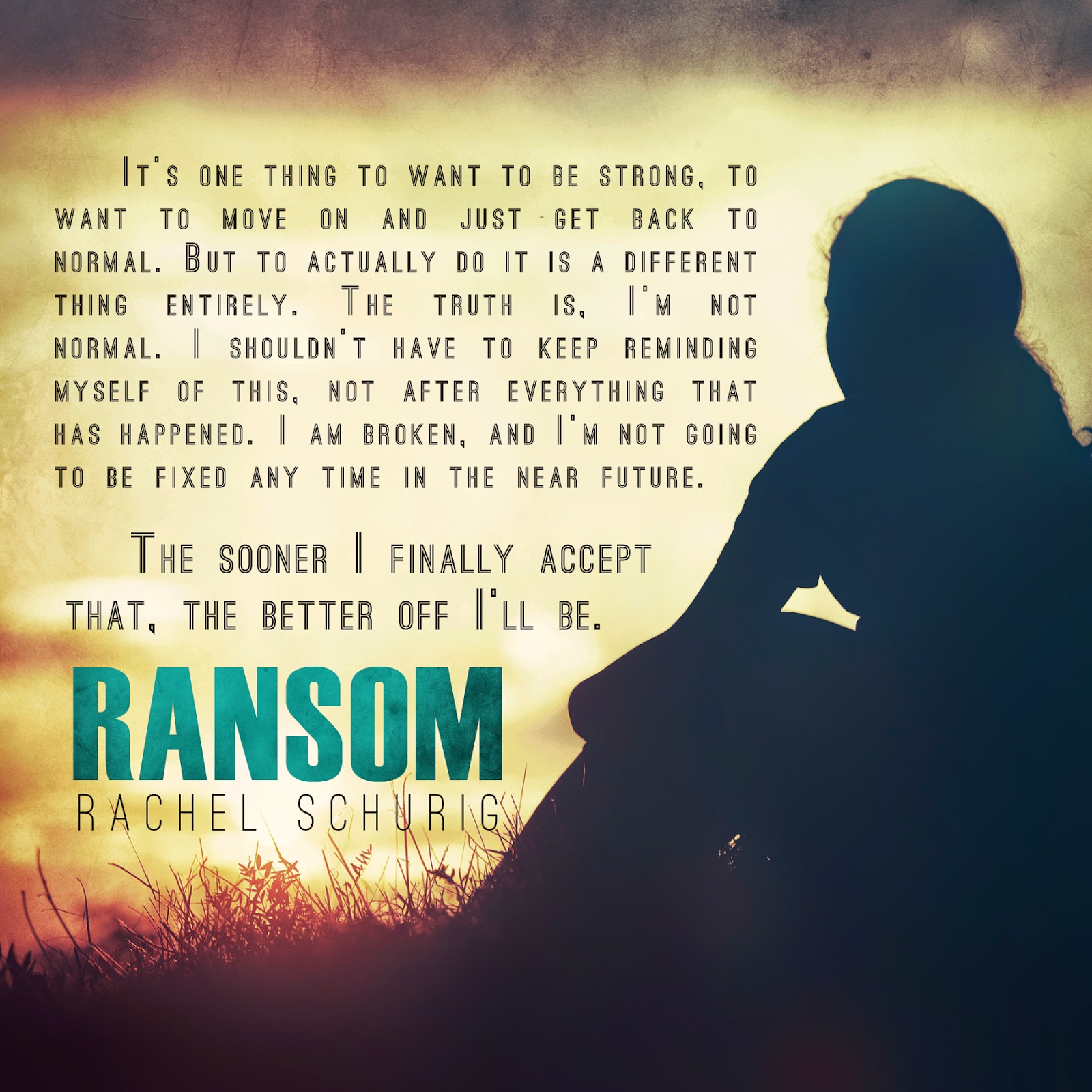 Rachel Schurig lives in the metro Detroit area with her dog, Lucy. She loves to watch reality TV and she reads as many books as she can get her hands on. In her spare time, Rachel decorates cakes. Her THREE GIRLS series is available now from Amazon!
(Website | Twitter | Facebook)

Giveaway
a Rafflecopter giveaway
Posted by Book Lady's Reviews at 12:00