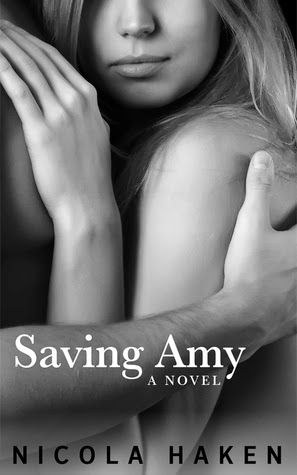 Eighteen year old Amy’s surname may be Hope, but her life contains anything but. She drinks, she sleeps around, she cuts… anything to help her escape the agonising existence growing up between her mother’s drunken wails and her father’s fists. But nothing works. There is no escape. And Amy wants out…

Enter Richard Lewis – the doctor responsible for saving Amy’s life after her drink and drug-fuelled suicide attempt. Thanks to his own hidden demons, Richard is drawn to Amy and her situation, and despite the incessant warnings from both his own mind and his jealous ex-lover Joanna, he feels compelled to help her.

But how will Amy feel when she discovers Richard’s attachment to her is born out of his own guilt? He was her last resort – her last chance at being saved. Can anybody save Amy, or has she finally reached the end of a very long, torturous road?

(Not suitable for under 18's due to language, scenes of self-harm and sexual content)


I was lucky enough to find this fantastic book on kindle for free.And I don't normally read books I get from kindle because they're always there right?But this one really intrigued me and as soon as I started it...I was hooked.This is the second book I read by the same author and I'm really glad it made me remember how much I love her writing.

Saving Amy tells the story of a girl who didn't know what happiness felt like until she met her other half.This might sound like any other common book but it really isn't.Her struggle,her pain and everything she went through felt so real.It was obvious that she never had someone to love her,nobody cared for her and you can't imagine the relief and happiness I felt for her when she found someone who really cared and gave her things she never had before.Emotionally speaking.

I felt her pain and I cried for everything she went through.It seemed like fate didn't want her to be happy.She wants to escape,get away from the parents that don't care for her,the mother that drinks all the time and the father that beats her.She wants to get away from a life without HOPE which is ironically her surname.And then she meets Richard.It's amazing how a person can change by receiving someone else's love.By knowing that even one person cares.
I loved their relationship and they were both wonderful characters.They both went through some very difficult times.Amy was such a tortured and unhappy person.But she kept on living and eventually,found the person who put a smile on her face and made her want to keep living.She cared for other people,even if she didn't believe it...She had feeling.Richard was...perfection.He loved her unconditionally,supported her and he was there for her through every single thing that happened.Their love for each other was obvious and you could feel it.The only thing that frustrated me was the fact that he kept forgiving Joanna.God...I hated her so so much.That just show how loyal he was and how much faith he had on other people.I really loved that about him.

Moving on to the writing.The story was told in such a poetic and magical way.The author managed to capture the characters' feelings and transfer those feelings to me.Not many books/authors can do that.The story was told from Amy's perspective which made everything more real and believable.The character development is in my opinion impressive and a bit obvious in the sense the she goes from being a self destructing,depressed person to a young woman who finds love,survives and starts healing with the help of her beloved Richard who also developed a lot as a character.

The plot was really unpredictable and Amy's life made me sad,happy,depressed,angry,frustrated...It broke my heart,made me laugh...made me cry.This book was a roller coaster of emotions.The ending of course had me jumping up and down from joy and I was so glad that Amy and Richard got their happily ever after together,even after all those things that happened.They just show that they're brave,their fighters and they survived!

Saving Amy was perfect for me.The story of a girl who learns how to live and love told in such a poetic way that captivates you.The journey of a young woman towards love,healing and redemption.I immensely enjoyed it and I highly highly recommend it!