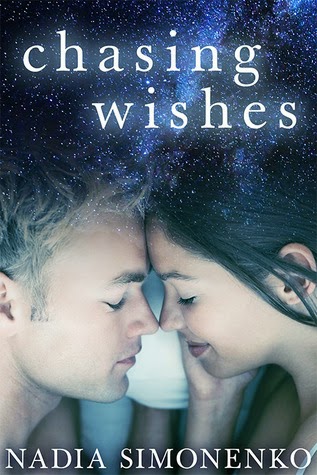 “I wish I didn’t have to go home. I wish I was someone else — someone with a future…”

For sixteen-year-old Nina Torres, it feels as if life is nothing but a dead end. Despised by her rich classmates and afraid that she’ll become just like her drug-addicted mother, Nina’s future seems to get dimmer every day.

There is one bright spot in her life though…

Sitting beside her one night, the only person in the world who cares about her makes a promise. No matter what happens — no matter how much Isaac’s wealthy family disapproves — he and his girlfriend Nina will be together forever.

Fate plays a cruel trick on Nina, though, and a visit from Child Protective Services the next morning turns Nina Torres into Irene Hartley, a woman with a future but who will never see her beloved Isaac again.

Nine years later, a blind and incredibly handsome young entrepreneur hires Irene to be his personal assistant. Terrence Radcliffe reminds her so much of Isaac that she can hardly believe her eyes, and she’s falling for him fast. Irene knows that fairy tales don’t come true, but she allows herself one last wish. She wishes that she could finally say goodbye to Isaac and let herself take a chance on Terrence.

What she doesn’t know is that Terrence is also searching for someone: a shooting star who streaked through his life nine years ago, and he won’t give up until he finds her…

Chasing Wishes is a powerful contemporary tale of lost love and wishes come true, recommended for ages 17+ due to adult content.

An Excerpt from Chasing Wishes by Nadia Simonenko…

"We shouldn't do this," I whisper, but my body is waking up and ignoring my mind all the same. My free hand reaches up and nervously touches his shirtless, muscular torso, hovering tentatively at first as if afraid before finally making contact. I linger on the strong contours of his abs, tracing his perfect body with my fingertips, and then I rest my hand gently against his chest. I can feel the pounding of his pulse against my palm—his heart is racing just as quickly as mine right now.

Terrence’s eyes are closed, but I can still feel his desire in his tight shoulders and see it on his lips. He stares at me with his eyes shut as his imagination paints me in his mind. Even though I’m fully clothed—even though he can’t even see me—I’ve never felt so bare, so exposed and vulnerable before than now, lying beneath him as he gazes at my imaginary beauty.

"Everything about you excites me, Irene," he whispers, his voice shaking with longing. "Every word you say, every last thing you do… I see it all in my mind and it’s like nothing I’ve ever felt before."

He caresses my cheek again and my legs start to shake. I can’t do this. I want to so badly, but I can’t! He’s Terrence in my heart, but in my mind, he’s one of my mother’s customers and I’m just like her.

He nods slowly and then releases his grip on my hand, sits up and pulls away from me.

"I'm sorry," he whispers, turning away as I stand up and straighten out my tank-top. "I shouldn't have done that to you. Please forgive me."

He sounds sad at my decision, but behind that sadness I catch a different, almost heartbreaking meaning. He’s sad that I rejected him, but he’s even more upset because he thinks he’s hurt me somehow. He thinks that he’s the problem. God, he couldn’t be more wrong if he tried to be.

The way the moonlight illuminates half of Terrence’s face and blankets the other in shadows is stunning beyond words. The moonlight streams in the window and makes his muscles stand out in sharp contrast, rippling bands of dark and light so gorgeous, so sexy that it’s all I can do not to kiss
him again.

"Terrence…" I start, but my voice catches in my throat. I shouldn’t do this. I can’t do this. If he was anyone else in the world, yes, but not my boss. If I take this step, I’m no better than my mother.

What did I want to tell him? I don't even know. I have no idea why I spoke up.

"You and I… um…" I stammer, knowing what I want to say but unable to find the words. I stutter, flail in frustration for the words I want to say, and just as I’m certain they’re going to elude me forever, I finally find them.

"I don't work for you tonight, okay?" I blurt out.

He looks at me confused, as if he doesn't understand what I mean.

"Terrence, I'm not your employee tonight," I tell him again, inching closer to the bed.

"Say it," I urge him as I close the gap between us and trail my fingertips down the rock-hard curve of his shoulders. "It's just Terrence and Irene tonight—no bosses and employees, no jobs or paychecks, just us."

His eyes widen in comprehension. He finally understands me.

"It's just us tonight," he whispers, and before he can say another word, I crash my lips into his, setting free all the passion and longing pent up inside me, and I push him down onto the bed… 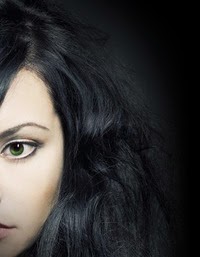 Nadia Simonenko is a scientist and author currently living in Pennsylvania with her husband, two cats and a dog. When she isn’t writing, she develops new drug compounds and dreams about someday painting her office to look like a forest.

Giveaway
a Rafflecopter giveaway
Posted by Book Lady's Reviews at 14:24