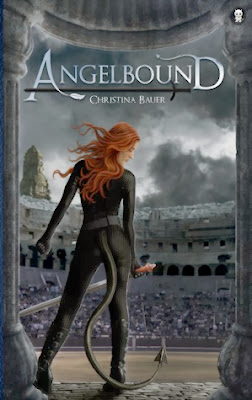 Eighteen year old Myla Lewis is a girl who loves two things: kicking ass and kicking ass. She’s not your every day quasi-demon, half-demon and half-human, girl. For the past five years, Myla has lived for the days she gets to fight in Purgatory’s arena. When souls want a trial by combat for their right to enter heaven or hell, they go up against her, and she hasn’t lost a battle yet.But as she starts her senior year at Purgatory High, the arena fights aren’t enough to keep her spirits up anymore. When the demons start to act weird, even for demons, and the King of the Demons, Armageddon, shows up at Myla’s school, she knows that things are changing and it’s not looking good for the quasi-demons. Myla starts to question everything, and doesn’t like the answers she finds. What happened seventeen years ago that turned the quasi-demons into slave labor? Why was her mom always so sad? And why won’t anyone tell her who her father is? Things heat up when Myla meets Lincoln, the High Prince of the Thrax, a super sexy half-human and half-angel demon hunter. But what’s a quasi-demon girl to do when she falls for a demon hunter? It’s a good thing that Myla’s not afraid of breaking a few rules. With a love worth fighting for, Myla’s going to shake up Purgatory.

This was one of those books that I loved from the first chapter.And one of the best books I've read in 2013.The writing was so captivating and I was hooked from the first page.The plot was so clever,unique,original, fascinating,intriguing...the list goes on and on.So many things happened and the story had so many twists it was insane!The character and plot development was great and I loved reading every single page.Angelbound got me so frustrated and I was so anxious to see what would happen next.It's been a while since a book made me feel so excited and I loved it.It was action packed and made me laugh so many times I lost count.

The main character was perfect and I think without her,the book wouldn't be what it turned out to be.She was so mischievous and outspoken.She was such a magnificent heroine who always fought back and stood her ground.I loved her from the beginning and her demon tail was just phenomenal!And I loved the scenes with her and Lincoln.They were so great together!

Another thing I loved about the book was the fact that the author took Heaven and Hell and instead of using known and obvious facts...she built things around them until a new world was created.The realms she created were so detailed and realistic.Each one had its own rulers and I someone can easily believe that they are real.

The secondary characters were also amazing and had a big role in the flow of the story.I have to admit that I wasn't too fond of her best friend Cissy because of her behavior on certain parts of the book.I think the author focused a bit too much on her love interest with Zeke.I can't decide it that's good,bad or a little bit of both.I just think that it was a bit unnecessary.And her jealousy really frustrated me and annoyed me...just a bit.The dreamscapes where Myla discovered everything that happened in the past were really informative and interesting.They made the books even more intriguing and you were able to actually witness scenes of what happened before.

The ending was as exhilarating as the beginning,especially the part where she fights with Armageddon.I was jumping up and down...it was insane.I can't express how much I loved and enjoyed Angelbound.One of my favorites of this year!Highly recommend it to fans of kick ass heroines,amazing fighting scenes...Yeah,this is the book for you.I can't wait for the sequel.And before I finish this review...I will say that the cover is just FANTASTIC!