Letters to Nowhere is on sale for only 0.99c on Amazon! 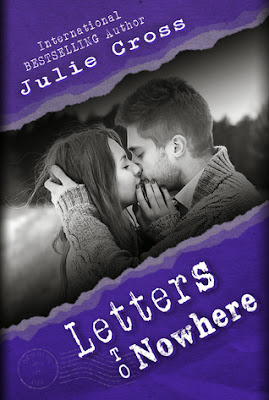 From the International Bestselling Author of the Tempest Series...
Set in the tough world of Elite Gymnastics...

I've gotten used to the dead parents face. I've gotten used to living with my gymnastics coach. I've even adjusted to sharing a bathroom with his way-too-hot son. Dealing with boys is not something that's made it onto my list of experiences as of yet. But here I am, doing it. And something about Jordan--being around him, talking to him, thinking about him--makes me feel like I can finally breathe again. That's something I haven't been able to do lately. He knows what it feels like to be me right now. He knows what it's like to wonder--what now? I think about it constantly. I need answers. I need to know how to get through this. In the gym, if you're struggling, you train harder, you do drills and conditioning. How do I work hard at moving on? At being on my own? And what happens if I might be...maybe...probably falling for Jordan? I mean we live together now. That can't happen, can it? But kissing him...well, let's just say it's not an easy activity to forget. 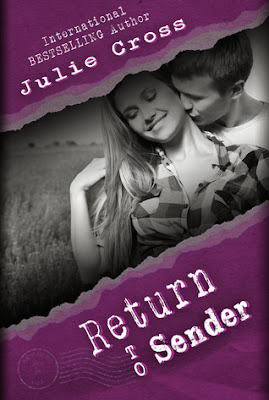 If only summer could last forever…Karen and Jordan might be out in the open with their relationship, but that doesn't make it any easier for them to face events looming in the future. Like Jordan leaving for college halfway across the country. Or Karen's win at a big international gymnastics competition setting the bar high for her future and adding pressure like she's never experienced before. But when Nina Jones (aka-US Gymnastics Dictator), makes plans for Karen and teammate Stevie to train at a gymnastics camp for a month—the same camp where Jordan coaches—romantic summer interludes replace their fears of being apart. Both Jordan and Karen know that when fall comes, some very tough decisions will have to be made, but for now, it’s stolen kisses, racing hearts, and whispered words. 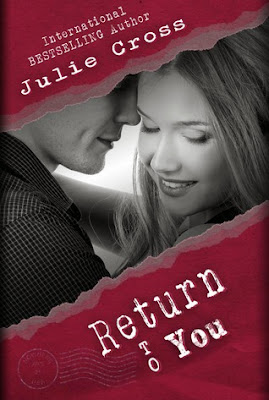 How many dreams can you chase at once?Even with bad boy, TJ, disrupting their morning workouts, Karen and Stevie’s daily battles with each other are sure to bring both of them closer to a national title at next month’s championships. It’s the kind of feud that creates winning results. Until a fall from the uneven bars shakes Karen’s rock-solid confidence. Not only does she balk every time she so much as attempts a routine, she’s also facing all this without much support from Jordan. After receiving some bad news, Jordan’s reluctance to listen to reason causes Karen so much frustration she begins to avoid him, needing space to deal with her own issues. He needs someone to force him to make the right choice, he needs his dad to intervene and Karen knows this, but is torn between her loyalty to Jordan and her concern for her coach’s son. Even though both paths lead to the same person—Jordan—it feels like she’s choosing between two different people.And then there’s the growing tension between TJ and Stevie. They’re obviously on the verge of either ripping each other’s heads off or ripping each other’s clothes off. It’s hard for either Jordan or Karen to tell where those two are headed. Tension is building from every possible outlet and there’s bound to be an explosion of some kind in the very near future.

1) Since I started writing the book, I've envisioned my main character, Karen, as a red-headed McKayla Maroney even though I tried my best not to picture her as anyone specific.

2) I've been around the world of competitive gymnastics for at least 15 years and therefore have depicted elite level gymnastics as true-to-life as possible in this book.

3) The romance in LtN is not your typical "insta-love" or "fall in love then break up" format. This will please some and disappoint others.

4) My main character, Karen, has just lost both her parents in a tragic car accident prior to the book's opening however, I don't consider this a typical book about death either because there are so many other elements intertwined and Karen is a fighter, she's constantly driven by one goal or another. It's about rising up after a fall.

5) LtN is truly the book of my heart because I wanted, for so long, to find a way to combine by two greatest passions - YA Literature and Gymnastics.

Jordan stepped closer, resting a hand on the red brick beside my head. “I’m gonna kiss you.”

My stomach jumped up towards my heart. “What?”

I could feel my eyes widen as he leaned closer, my heart hammering faster, every other muscle in my body completely frozen. No words of protest were able to fall from my tongue before his mouth was on mine.

My eyes drifted shut, my stomach doing a dozen floor routines beneath my rib cage.

Julie Cross is the International Bestselling author of the Tempest series, a young adult science fiction trilogy which includes Tempest, Vortex, and the final installment, Timestorm (St. Martin's Press). She's also the author of Letters to Nowhere (8/13), a mature young adult romance set in the world of elite gymnastics, as well as several forthcoming young adult and new adult novels with publishers like Entangled, Sourcebooks, HarperCollins, and St. Martin's Press/Thomas Dunne Books.Julie lives in Central Illinois with her husband and three children. She's a former gymnast, longtime gymnastics fan, coach, and former Gymnastics  Program Director with the YMCA. She's a lover of books, devouring several novels a week, especially in the young adult and new adult genres. Outside of her reading and writing credibility's, Julie Cross is a committed--but not talented--long distance runner, creator of imaginary beach vacations, Midwest bipolar weather survivor, expired CPR certification card holder, as well as a ponytail and gym shoe addict. You can find her online via twitter, her personal website, email, facebook, Goodreads, or co-moderating the YAwriters section of reddit.