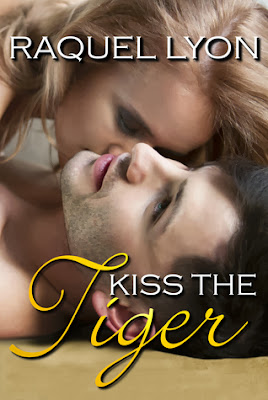 Amy’s love life sucks. At college, she thought she’d found the man of her dreams, but then she hadn’t planned on his brother’s sadistic intervention, and after that night, Amy’s life was never the same.
Deciding the only way to forget is to move on, she searches for comfort in the arms of other men, but the satisfaction she craves remains  elusive. No amount of one night stands can replace her lost love.

On a long awaited summer holiday, her sister hopes to change Amy’s luck, planning to find them both plenty of sexy fun on the hot summer nights. Sadly, an unforeseen turn of events threatens to drive a wedge into their sisterly love.

The midday sun had heated the air to an unbearable level, and I understood why the word siesta existed in certain hot countries. In fact, it had turned into one of those days where the only thing you want to do is open the refrigerator door and stand in front of it. I couldn’t take it anymore, so I grabbed a quick bite to eat in the cool of the air-conditioned snack bar and returned to my room, intending to stick a film in the DVD player and chill out until the rays lengthened. The opening credits were rolling when there was a knock on the door. It couldn’t be the maid. When I’d returned, the bed was made and my top had gone to the big dumpster in the sky.
I pressed pause. “Who is it?”
“Manager.”
What? Why? Had someone reported my drunken antics? Had Nessie not cleaned up my mess properly and the maid had complained? Mum would love the excuse that we were forced to go home because I got us thrown out of the hotel.
“Just a minute.” I quickly tied a sarong around my bikini bottoms and opened the door, mentally preparing an apology, and totally unprepared for the sight that met me.
Casually leaning with an elbow against the door jamb and one ankle crossed over the other was a familiar figure. His dark head lifted with a crooked smile.
Our eyes locked, and for one brief moment I was too shocked to speak. A warm tingling radiated out from my chest, down my arms and legs, and my body weakened. What was he doing here?
I managed to find my voice. “Manager, huh?”
“Figured you might not open up if you knew it was me.”
I’ll open anything you ask me to.
Josh’s eyes flicked past my shoulders. “Are you alone?”
I nodded. “Yes.”
“Can I come in?”
I stepped back on shaky legs, and he squeezed through the gap, brushing my arm with his as he passed. His electric touch gave my nerves another jolt.
He walked over to the balcony access and slid it shut. “Are you going to close the door?”
Hadn’t he just done that? I faltered for a second before realising what I was holding. “Oh. Yeah. Right.” I let go of the handle. The door latch caught, and I leaned back against the fire notice. I needed to sit down before my legs gave way, but the only place to sit was the bed, and as much as I wanted to, I couldn’t go there. He might get the wrong idea. So I went to the dressing table and perched on the edge, hoping it was strong enough to support me. An uncomfortable silence ensued.
Josh stared leisurely through the glass at the view, and I stared at him. The white cotton of his T-shirt was fitted enough to show the contours of his muscular back, and his hands in the pockets of his beige, linen shorts stretched the material tight across his buttocks. My mouth went dry with an overwhelming need to touch him. I couldn’t believe he was here, in my bedroom. If I’d fallen asleep again, and was dreaming it all, I didn’t want to wake up.
Finally he spoke. “You stood me up.”
“I wouldn’t say that.”
“Okay, walked out on me.”
“Yeah.”
“Girls don’t do that.”
I bet they don’t. “Did I dent your pride?”
He swung around, and with two slow, purposeful strides, he was standing in front of me, his nose six inches from my face. “No.” He angled his head. “I understand why
you left. It was a shock for me too.”
I struggled to keep my breath even. “It was?”
“You were the last girl I expected to see.”
“Sorry to disappoint.” Why was I smart mouthing him when he’d done nothing to deserve it?
His lips curved into a smile. I’d never noticed his dimples before, but then I’d never been lucky enough to see them this close. “I wasn’t disappointed,” he said.
“Really? You’re not pissed you didn’t get the quick leg-over you were expecting?” Shut up, Amy, before your mouth ruins everything.
His eyes fell to my cleavage. “That’s Jacko, not me.”
The way he was undressing me with his eyes said otherwise. 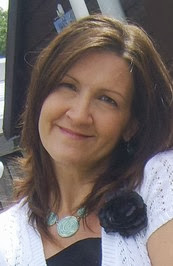 Most of Raquel’s childhood was spent taking long walks in the beautiful English countryside with only her imaginary friends for company. She has lived around Pendle Hill, a magical mysterious place, all her life and has always been interested in the folklore surrounding it. Some of her favourite places have been the inspiration for her books’ settings.She currently lives near Pendle Hill with her partner, two teenage daughters, and bunny rabbit Florence.
(Website | Goodreads | Twitter)