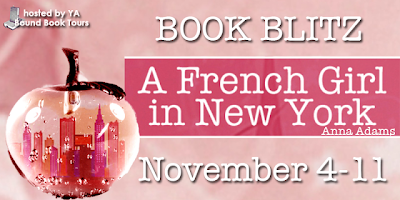 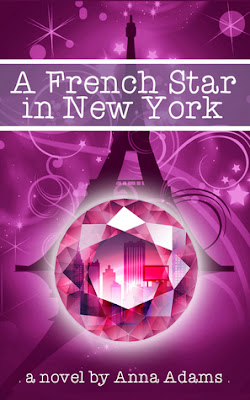 Maude Laurent is a spirited 16 year- old orphan who grew up in a small, provincial town in the North of France with a passion for piano and a beautiful voice. One day in Paris, she is discovered by an American music producer who takes her to New York to live with him and his close-knit family while producing her first album, with help from teen pop star, Matt. Maude will dive into a new fascinating world discovering New York City, music, family, love and the truth about her past.

“Okay, I’m done. Now hurry!” the makeup artist cried out. “You’re up in two minutes.
Don’t you dare mess up your makeup again!”
Maude ran out, keeping her hands away from her recently rouged cheeks, and Matt
hurried behind her.
She stood right behind the curtain and listened to the host’s cheerful voice, announcing
her.
“Now ladies and gentlemen, we have a new artist with us tonight. She’s spent her last
six months in New York working on her first album. Her first single has been released and is
a huge hit . . .”
“Maude,” Matt whispered, tugging her sleeve.
“Yes?” She looked back at him, smiling.
“I just wanted to tell you . . . to let you know that you can always count on me.”
“I know, Matt,” Maude smiled gratefully.
“Her voice will take your breath away, her music is amazing . . . ”
“No, I’m serious. Our friendship has had its ups and downs, but I don’t want it to be that
way anymore.”
Maude nodded.
“I don’t care if you’re with Thomas Bradfield. As long as you’re happy, I’m happy.”
Maude paused, puzzled. “What? Thomas Bradfield—”
“Give a round of applause for Maude Laurent!” the host cried.
“That’s your cue! Go!” Matt urged.
Maude reluctantly turned away from Matt and hurried on stage.
The blaring lights blinded her as she entered the stage and faced the cheering crowd.
She had to restrain her impulse to shield her eyes and continued steadily towards the dark
Steinway.
She had played on it earlier but then, she hadn’t felt nervous. Her hands hadn’t been
trembling, and her voice hadn’t been shaky.
Maude sat on the piano stool and looked towards the crowd.
They were all there.

Born in France, raised partly in the United States and in France, Anna Adams grew up loving stories in French and English.
Anna currently lives in Paris where she studies at la Sorbonne as a Law Student. She's the author of the French Girl series for which she is writing the final installment. When she isn't writing, Anna is busy hanging out with friends in the Marais, going to the movies in the Bercy Village, checking out exhibitions at the Louvre, going to the Opéra de Paris and shopping on Haussmann Boulevard. When she isn't in Paris, Anna likes to travel in Europe and dreams of going to Asia and Africa.