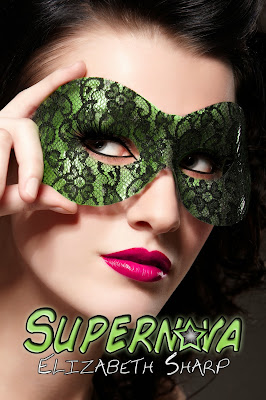 On Cleo’s first day at St. Aloysius Gonzaga Academy, things get pretty weird pretty fast. After being confronted by a strangely hostile boy, she meets two girls and instantly bonds with them. Before long danger threatens the entire student body, in the form of a soul eating possessor fae. When her brother is savagely beaten and left in a coma, the girls decide to use their fae powers to become superheroes and stop the possessions.
They quickly learn things are a lot more complicated than they had ever imagined. A government plot that had begun when they were infants endangers them all, and a demented former soldier bent on revenge is after them. The line between friend and foe has become so blurry, Cleo has no idea who she can trust. Will their superhero plot help them save the day, or just get them killed?

*What inspired you to write Supernova?

Supernova actually started when my best friend decided to invent her own superhero (Scarlet Rage) for Halloween a few years ago. It sounded like so much fun, I decided to do it too. We were discussing our powers and origins one day and a lightbulb went off for me. The book was plotted in the next few weeks together, tossing ideas back and forth...
*Are you a big fan of superheroes?Who's your favorite?

There are no words for how big a comic book geek I am. I was a huge fan of Gambit, with The Human Torch coming in a strong second. I was always fond of Captain America too, so it makes me giggle that Chris Evans played both them.
*How did you come up with the title?Was is hard?

The title was a struggle for me. I hate naming books after a character. It feels lazy to me. I like my title to be a fun play on words. While i was trying out one ridiculous name after another, I kept calling The Superhero book or the Supernova story. One day the other ladies in my writer's group suggested that just calling it Supernova had a nice double meaning and was very intriguing. The more I thought about it, the better it fit.
*Tell us a bit about the book and the characters.

The story is about three girls. Cleo is the oldest in her family, with a brother about ten months younger than her. Her father disappeared many years ago, leaving her mother with two small children to raise. Because of this, Cleo is very responsible and takes care of her siblings. After her stepdad loses his job, the family is forced to move to California, attending the same fancy boarding school where their mother now works. Charlotte's mother died, leaving her alone with a father who wants nothing to do with her. HE drags her all over the globe until she is hostile and withdrawn. She begs him to send her to boarding school just so she can have some stability in her life. Violet is a free spirit, just like her parents. She's lived in the same town her entire life, mostly on the campus of the boarding school where her parents work. A hopeless optimist, she always sees the best in people.
When Cleo is confronted by a hostile young man on her first day of school, they quickly realize he isn't in control of himself. Before they can figure out what to do about it, Cleo's brother is beaten nearly to death by him. The girls decide to take action, disguising themselves as superheros. But as they start to close in on the soul devouring possessor fae, their world turns upside down. The line between friend and foe gets blurred. The girls have to sort through some major secrets from their past to get to figure out how all the strings mysteriously connect, and stop the determined possesor.
*Are there scenes in the book based on your own experiences?

Well, I was a new kid a lot, so the opening scene where Cleo is being forced to talk about herself in front of the class is pretty dang familiar. I also have had a bizarre obsession with Lakota Sioux since I was thirteen and I got to use a lot of the accumulated info from that.
*How much research did you do?

I did quite a bit of research on the hospital scenes. I started researching fae and quickly found that with what I planned to do I was going to have to go off completely on my own.
*Is there something you found challenging while writing?

I always find my writing a challenge, for one reason or another. This one was hard to write because it involved a lot of fight scenes. I also struggled with walking the line between dramatic teen and whiney brat with Cleo.
*Why did you decide to become an author?

I've been writing since I was eight years old. I don't think I ever really decided to do it, I just did it. I've always said I wanted to be a writer and a mommy. Just took be a while to get serious about it.
*What are you working on at the minute?

I am working on a trilogy that explores the issues of body image and other people's judgements based on that. It's also a love triangle, with each book from a different character's perspective.
*Do you read much and if so,what genres do you prefer?

I do read, though slowly. I mostly prefer paranormal  and fantasy stories. I'll read a contemporary if someone I know wrote it or it comes highly recommended.
*What are you reading at the moment?
Change of Possession, by M.R. Polish and it's fantastic.
*Which famous person,living or dead would you like to meet and why?

I have to answers to this one because I can't choose. I'd love to meet Robert Jordan, because as an author he's my hero. He had like a billion characters and each one was unique with a distinct voice. The other one I'd like to meet my grandmother. My mom says I'm a lot like her, but she was killed by a drunk driver six years before I was born.
*Do you have any advice for other writers?

Find three things: 1) Someone who will support you and perk you up when you're down. 2) Find someone who will call you on you bullsh*t and smack you if you get hysterical, but you trust to tell you the truth. Even if it hurts. 3) A place to crazy alone. Whether that's jut a laptop and a portable cork board at Starbucks or an incredibly messy office like mine, you need somewhere to percolate in peace. Friends are great but never underestimate the importance of quiet time, and not just for writing.

*How can readers discover more about you and your work?

My website at www.elizabethsharpbooks.com has all the info and links to anywhere you can find me online 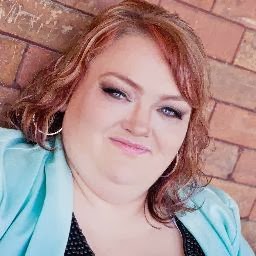 Elizabeth has a near crippling Facebook addiction, dwarfed only by her need for Dr. Pepper. A self-proclaimed techno geek, she loves cell phones, computers, tablets and all things technological. The internet has to be the greatest invention since the wheel, in her opinion. She lives in a quiet subdivision with her husband, one-year-old son, three cats, and far too many electronics. It’s quite possible she has some raccoon in her DNA, because she loves glitter and anything that sparkles. She enjoys making jewelry and costumes. Halloween is her favorite holiday since it’s the one day of the year that you can be whatever you want. But her first love will always be writing. Otherwise, hearing voices in her head would make her feel schizophrenic.

a Rafflecopter giveaway
Posted by Book Lady's Reviews at 13:00