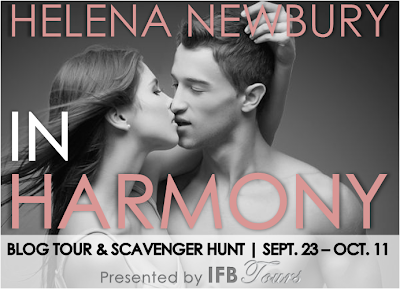 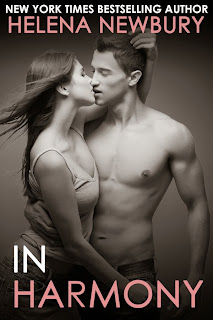 Everyone expects her to succeed….
Karen plays the cello like an angel, and it’s the only thing that makes her truly feel alive. But her father’s dream—for her to join a prestigious orchestra—leaves no time in her life for anything but music…not even love. Trapped on her path, she doesn't know how to rebel.
Everyone expects him to fail….
Connor plays rock guitar like the devil himself, and his ability has got him all the way from a dead-end life in Belfast to a scholarship at Fenbrook Academy. But beneath his arrogance and charm, he doesn't believe he has what it takes. He’s spent his time in New York drinking and partying, and the only future he sees is a return to Ireland as soon as he flunks out.
But what no one expects….
When Karen’s duet partner is injured, the bad boy guitarist and the shy, sheltered cellist are forced to team up. Neither likes the idea, but what begins as anger and distrust slowly spirals into love…and lust. If they can face up to their feelings, they might just have a chance together. If Connor will allow Karen to stop his fall, maybe he can show her a life she never thought possible....

In Harmony is the second installment in the Fenbrook Academy series and follows the lives of Karen and Connor.We met Karen at Dance For Me and she was introduced as the quiet musician who didn't do anything to have fun.

"I prefer my Lord of the Rings analogy.The dancers are clearly the elves...The actors are obviously the humans.And the musicians?We're the dwarves"

Karen is one of those girls who always did things in her life to satisfy her father.She never broke the rules,never went against what he wanted and basically lived her whole life practicing.She didn't care about anything else and eventually started to doubt whose dream she was following.Hers or her father's?Will she realize that Connor is what was missing from her life all this time?

"For Connor,Fenbrook was one big party.For me,it felt life and death."

"Because I love you,you idiot!"-See what I'm talking about?

Then we have Connor.Typical bad boy that people underestimate.But everything is not what it seems.He's a sweetheart and he was perfect for Karen.Even though he made mistakes he was given another chance at finding true love and of course....happiness.

"We're different.We're always going to be different.You're better of without me"-Seriously?I was ready to punch something...

First of all,I loved the way the author described everything.The writing was amazing and even though the story was a bit predictable I wasn't able to stop reading.It was predictable mainly because you could tell what was going to happen but that didn't make it any less interesting because there were many twists which I loved and...being predictable isn't always a bad thing!

Karen has such a caring and loving personality.It's obvious that she cares about her friends and of course for Connor.All her life she let her fear of failing guide her but not anymore.Her relationship with Connor was of course amazing and that scene with Ruth...in the end?

"Get away from my man,you bitch!"I said,the rage boiling out at her like a flamethrower.-That's my girl!

Priceless...Connor was a really likable character as well.All his life he was sure he was going to fail but of course...he didn't have anyone to encourage him to keep trying so eventually...he stopped caring.But Karen changed him and I think the change is pretty obvious.But Connor changed her as well.I also loved the fact that the characters got in a relationship after a long time.We saw how they were with each other,first as strangers,then as friends and then as a couple.Seeing their love for each other grow and their relationship develop was amazing!

The plot was great and I enjoyed the scenes of them playing so much.The final chapters were possibly the best part of the book.When I read the recital and the composing scenes,the way the author described them was just amazing.It felt like I was actually listening to them play.The character development was also great and I really hope the author writes a book about Jasmine too because...I think she deserves a happily ever after too!

Helena Newbury is a New Adult Romance author with a love of bakingly hot summer days, strawberry gelato, good coffee and interesting people. Unlike the characters in her books, Helena cannot dance, act or play anything (though she is substantially more flexible since she started writing Dance For Me and tried doing dancer’s stretches, so she's hoping that something will rub off on her from each book).

Helena writes in a very noisy, very busy coffee shop which means she sometimes end up mainlining caffeine to keep her seat. You’ll know when this happens because she’ll still be on Twitter that night at 4am.

She loves meeting and talking with other authors, traveling to new places and discovering new books.