Smash Into You By Shelly Crane {REVIEW} 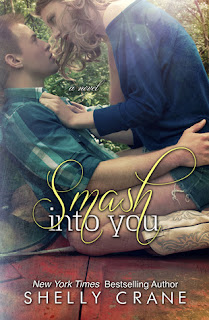 Jude has spent the whole twenty one years of his life running. From what, he wasn't quite sure. His mother tried to keep him safe; a low profile, a constant move on the horizon, a week's pay always stashed away. She tried to instill in him that he was special somehow, though would never elaborate. He never felt different. He was so completely normal and vanilla that he wondered if it had all been in her head. But then she was murdered and all he saw was a running silhouette of a man as his mother said three final words to him. Three words that changed his whole being. Never stop running…Now he's semi-settled into a big town. The college is huge and easy to blend into. It's been three months since he had to move because 'Biloxi', as he calls the man who killed his mother, found him once more. Then Marley, an eighteen year old girl who is as infuriating as she is blissfully ignorant of her gorgeousness, smashes into his car with hers. Then smashes into his life as he realizes that whatever it is he has that Biloxi wants, she has it, too. And now, they're after them both. 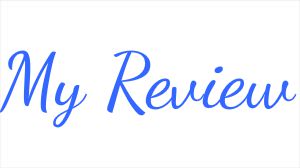 When I found this book and read the description I was intrigued and I wanted to read it immediately.Even though I found it really interesting  and I really liked the characters,I think it could've been better.The writing was good but I have to admit that it could have been a lot better and I think the author could have explained the main characters' background better and with more details.I think it would be easier to connect with the characters and the story.

As I said the writing could have been better and I think the story could have been a bit more developed but I really liked the plot and the characters.Smash Into You was told from Jude's perspective and I really enjoyed that.Most of the books are written from the girl's perspective and this was a nice change.Reading something told from a guy's perspective.It was really interesting and I think the idea of the book is really interesting and fascinating as well.I couldn't wait to finish it and the ending kept me on edge.Some things that happened were really heartbreaking and it was obvious that the main characters didn't have an easy life from the beginning of the book.That just makes you more eager to keep reading and see what happened before and what is going to happen!And that's just so refreshing.Who doesn't love reading a book that keeps them on edge and makes them want to read more?

I think the pace of everything was great.I don't think that the author rushed the story at all and I was really satisfied with the ending.I felt complete when I finished the book and it seriously didn't feel like something was missing.The book was full of action,heartbreaks,revelations,love and so much more!And let me tell you...I'm a sucker for books like that!

Smash Into You was a great book and if you have your doubts about reading it...don't.I think it's worth it so,give it a try.Who knows?You might like it!