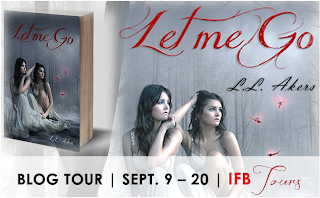 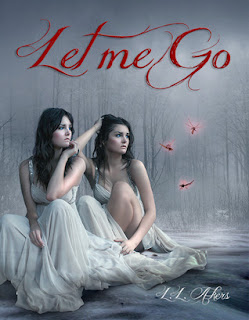 A scarlet dragonfly tattoo—meant to be a beautiful, family mark of freedom, but instead becomes a prophetic brand for those who wear it, to forever be suffering. Wounded and broken, they find themselves flittering back into the cycle of abuse that relentlessly clings to their family, a reality they can never seem to escape.

One mother and her daughters, bound by blood—torn apart by abuse. They begin their lives intertwined but are forced to fight for their survivals separately, struggling to hide their fear and undeserved shame from each other and the world. One of these women finds herself trapped—alone—and she battles to survive the terrifying darkness. With long hours of nothing to do but wait in fear, she grapples through her obscure dreams and memories of the past, sorting which memory belongs to whom: physically harmed, mentally damaged, raped, sexually abused, an unwanted pregnancy… and even the vivid memory of a dangerous dance with death in a last attempt to escape the shambles and horrors of a seemingly unchangeable situation.
Twin sisters, Gabriella and Olivia, dive blindly—and much too early—into adulthood. They are soon followed by their younger sister, Emma, all running from a not-so-idyllic past; chasing the happiness they believe they will find, by abandoning their childhoods to be “grown-up” and start their own lives.
Deeply evocative, Let Me Go is a coming-of-age story: the struggles of one mother and her daughters trying to survive life—marred by abuse and misplaced blame—and their need to reach peace, forgiveness, and reconciliation. 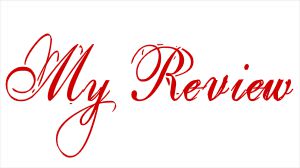 Let me go was such an interesting and unique story!The writing was amazing,as well as the character development.While reading Let Me Go,I connected with the characters and it wasn't easy to read about the things they went through.Because this wasn't what you'd call an easy read but it's not a story you'd call really dark either.I felt so many things while reading the book and there were times when  I couldn't keep on reading,not because I didn't like the book but because I was afraid to see what would happen.Let Me Go literally messed with my emotions.

The story follows the lives of three sisters.Gabby and Olivia who are twins and their younger sister Emma.Their lives are not easy and their family isn't a normal one.Her mother was abused by their father and as the years passed,they suffered a lot as well.When they thought that they were free,they all got a dragonfly tattoo.It was the symbol of their freedom.But was it?


The dragonflies weren't even a mark of our freedom.They're a mark of imprisonment,trapped on our bodies...

The girl in the box sighs and smiles peacefully in her sleep.When she next awakes,she too will be free...

Each of the girls had her own story and I really felt heartbroken and sad for them.They'd been through so much and I was patiently waiting for something that was going to end their torture.But more things happened...Nobody did something to end their suffering.

I traded my childhood for freedom to get away from that little girl,but I still wasn't free...

We're stronger together than we are apart...

I enjoyed Let Me Go more than I expected to and I can't wait for the sequel.Again this wasn't an easy read...you could say that it's somewhere between easy and tragic.That doesn't mean that it wasn't hard to read.Because it was.And again,this was such a beautifully written book.Probably my favorite.The author managed to write such an emotional and gripping story and for me...made it work.The characters were believable and real.There wasn't anything fake about the book and I loved that.

If you're looking for a book full of mystery and heartbreak that will keep you on edge...this is it! 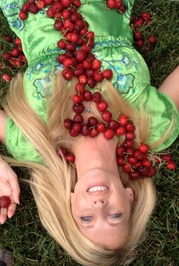 L.L. Akers is a married mother of: one very intelligent and handsome tween, a chubby beagle who looks like a mini-cow, and a deranged terrier, as well as five very elegant Koi fish, a herd of tiny but boastful lizards and dozens of obnoxiously loud, but beautiful frogs. She left a twelve-year career in the human resource arena—and eventually dipped her toes into the world of writing: beginning with proofreading/beta-reading, and content-editing while contemplating writing her own novel. She has made huge efforts (and progress) at becoming a professional recluse; happy to hang out in her pajamas all day with just her laptop, iPad, Burt’s Bees lip balm and posse of creatures. Regardless of her recent self-isolation from the world, she can still be lured outside for brief moments by the scent of freshly mowed grass and a bowl full of cherries. Let Me Go is her first novel.