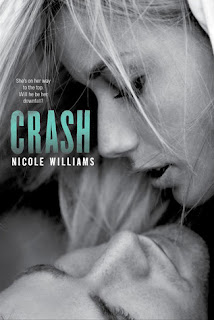 A steamy summer encounter with bad boy Jude means trouble for Lucy. Her sights are set on becoming a ballerina, and she won't let anything get in her way . . . except Jude.

He's got a rap sheet, dangerous mood swings, and a name that's been sighed, shouted, and cursed by who knows how many girls.

Jude's a cancer, the kind of guy who's fated to ruin the lives of girls like Lucy—and he tells her so.

But as rumors run rampant and reputations are destroyed, Lucy's not listening to Jude's warning. Is tragedy waiting in the wings? This racy romance is hot, hot, hot!


Lucy lost someone close to her and her family has been trying to move forward but clearly,that's not happening.Lucy's dad is just a shell of the person he used to be and her mom hides behind her work and a cold new personality.Jude is the bad boy who hooks up with every single girl and who grew up with shitty parents who aren't in the picture anymore.So he lives in a boys home and is everything your mother warned you about.But Lucy doesn't seem to care.She doesn't care that Jude means trouble.So they fall for each other.And in the end,when the truth is revealed,when they discover that their families were connected somehow what will they do?
I've been meaning to start this one for a while but,I was always reading something else but...I finally decided to sit down and read it!And when I started reading it,I had this feeling that I knew the story and the characters,and then I knew what would happen and I realized that I read this book before.And yes,I read half of it before that's why it was familiar.I don't know how that's possible but I think I had it as an e-book and I lost all my files and I forgot about it.But anyway...

I really loved the author's writing and Crash was such and easy read which I really enjoyed.The characters were pretty good and I think the author did a great job of describing them and the different situations they were in.That twist in the end was a bit shocking and my mind didn't even go there.I think it was something you couldn't predict at all.So nobody can say that the story was predictable when it came to that part.I think this is the perfect book to just relax you.I had a fun time getting to know the characters and following their story.And yes I love Jude.Who doesn't love bad boys?And Lucy was a great character as well.Even though some people weren't impressed with her personality and behavior I found her to be okay.

But we have to just take a moment and admit that the characters fell for each other at first sight.Love at first sight.Just saying.Like...from the first two chapters it was obvious that they would eventually end up together.And sometimes,things got out of hand if you know what I mean.Like the fact that she trusted Jude and his motives and she didn't even question him when it came to his criminal side and then three of his friends try to burn her and they just get away,the whole incident forgotten.And then comes her relationship with Sawyer who I really didn't like from the beginning.I also wanted to learn a bit more about their pasts.I think the author didn't focus enough on that part and I would've really appreciated it if she gave us something more.And please forgive me if I'm not making any sense right now because I really don't know what to think.

I wasn't sure about the rating though so,it's between 3.5 and 4 stars.And I wasn't really sure what to write in this review either.So...I might change my mind because I really don't know what to think about it.For me,it was great.Not good or amazing,just somewhere in the middle.That basically sums it all up.I really really liked this book and even though I can't really say it's one of my favorites,I would recommend it and I will pick up the next books because I'm really curious to see where this thing between them will go.And again...sorry if I'm not making any sense.