Top Ten Series I want to Start But Haven't Yet 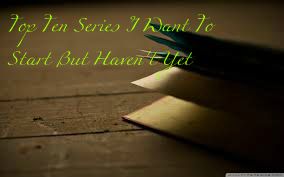 I decided to share with you the Top Ten Series I want to Start But Haven't Yet.I haven't uploaded anything since this Tuesday and normally,I would write a review but exams are coming up and I don't really have much time.I'll try to upload one tomorrow.I know this isn't really helpful but I just wanted to upload something. If you've read the series I'm gonna talk about,feel free to comment below!!! 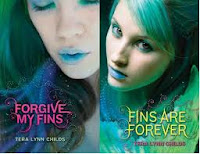 This is a series about a girl named Lily who is half human and half mermaid.Personally,I've never been a big fan of books that have to do with mermaids but I really wanna read the Fins Series.It seems really interesting and unique! 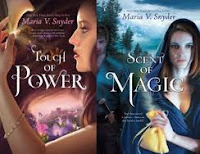 This is a series with a really interesting and fascinating concept in my opinion.The main character,Avry, has the ability to "transfer" injuries and diseases of other people into herself.But instead of being treated with respect she is hunted.Tell me what's not to love about that.And considering the fact that I'm obsessed with the Study Series By Maria V. Snyder,it is obvious that I'd want to read the Healer Series. 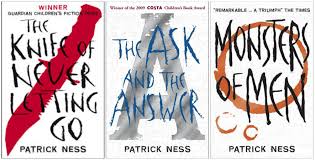 *The Chaos Walking Trilogy By Patrick Ness
Book 1:The Knife of Never Letting Go
Book 2:The Ask and the Answer
Book 3:Monsters of Men

This is basically about a world where everyone can hear everyone's thoughts.I've heard so many good things about this series,I just feel like I need to read it immediately. 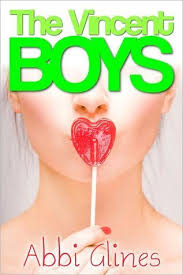 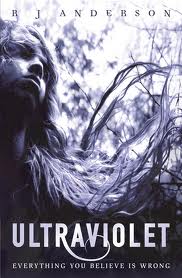 "Once upon a time there was a girl who was special.
This is not her story.
Unless you count the part where I killed her."
I read that thing above and I'm like...I need the first book right now. 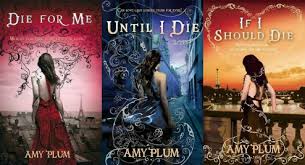 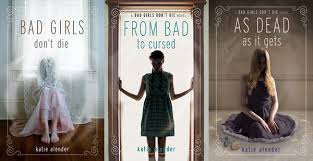 From what I personally understood,I'd say that this is a horror series.Maybe...Maybe not.Either way I've been wanting to read it for a long time but never had the chance.

*Revenants By Amy Plum
Book 1:Die For Me
Book 2:Unitl I Die
Book 3:If I Should Die

Kate moves to France after the death of her parents.There,she meets Vincent.(I love his name:) But Vincent is not human.But she soon discover that he's
a revenant--an undead being whose fate forces him to sacrifice himself over and over again to save the lives of others.Yeah...What's not to love. 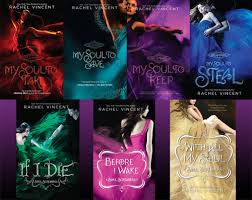 *Soul Screamers Series By Rachel Vincent
Book 1:My Soul to Take
Book 2:My Soul To Save
Book 3:My Soul To Keep
Book 4:My Soul To Steal
Book 5:If I Die
Book 6:Before I Wake
Book 7:With All My Soul

This is about a girl named Kaylee.She can sense when someone near her is about to die.And that's the thing that made me want to read The Soul Screamers Series.It's seems really interesting and the covers are just fascinating.

This is a series I discovered recently and I'm sure that I'll love it,when and if I ever actually read the books.When I read the synopsis,I was like....hooked. 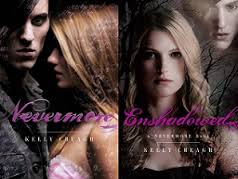 Just look at the covers!!Anyway,Nevermore is about a girl named Isobel who gets paired with Varen for an English project.They don't like each other but soon,Isobel discovers some strange writings in his journal.

Those were the Top Ten Series I want to Start But Haven't Yet.And yes,I know.I have a lot of work to do before I even start all of these.And here's where it is proved that the thing they say...So many books so little time...is completely true.If you're read any of the series I just talked about,feel free to tell me what you thought about them in the comments below!