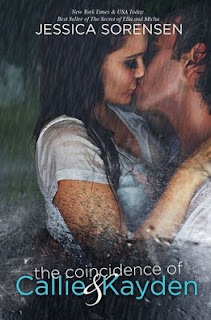 Callie is a teenager whose life should have been perfect.Her parents love her and she has an older brother.But something happened,years ago that changed her life forever.But she's keeping her secret to herself,and she doesn't tell anybody.

Kayden is another person whose life should have been perfect.He's father is successful and he has it all.But that's on the surface.His parents are alcoholics and his father,after his brothers left them,starts beating him more than before.

Those two meet...It's a night that changes both of their lives.

When Callie went to find her brother in Kayden's house,she didn't even imagine that she was going to save his life.She interrupts a beating that nobody would even care about.He doesn't let Kayden die.She saves him.After a couple of months,those two will meet again.

Callie starts a new life.She wasn't that weird girl everyone talked about anymore.She was different.That didn't mean that she got over what happened.When she meets Kayden,a strange bond starts to form between them.Will they save...or will they destroy each other??

Let's talk about that cliffhanger thing in the end...I mean seriously?What was that.I was ready to start crying over what happened.But I'm not gonna say too much because  don't want to give away what happens.Let's just say that I was frustrated and heartbroken about what happened in the end.

And I ask you people...who's gonna wait 'till August when the sequel is coming out.I'm dying here.I need to know what happens.Can't they just publish the book now and get it over with.