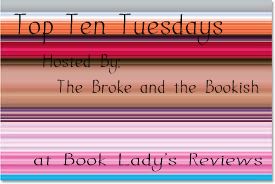 *Dimitri from The Vampire Academy By Richelle Mead...
When you ask me the character I'll always have a crush on...Well yeah,Dimitri.
His fingertip gently wiped away a tear that had escaped down my cheek. "That's part of it," he said. "But also... well, you and I will both be Lissa's gaurdians someday. I need to protect her at all cost. If a pack of Strogoi come, I need to throw my body between them and her."
I know that. Of course that's what you have to do." The black sparkles were dancing in front of my eyes again. I was fading out.
"No. If I let myself love you, I won't throw myself in front of her. I'll throw myself in front of you.”

*Tobias from Divergent By Veronica Roth
How could anyone not love him?
“I have something I need to tell you," he says. I run my fingers along the tendons in his hands and look back at him. "I might be in love with you." He smiles a little. "I'm waiting until I'm sure to tell you, though."

*Noah from Pushing the Limits By Katie McGarry
He's officially the love of my life...Just kidding!!!
“I gazed into her beautiful green eyes and her fear melted. A shy smile tugged at her lips and at my heart. Fuck me and the rest of the world, I was in love.”

*Liam from The Darkest Minds  By Alexandra Bracken
Even if things didn't turn out well in the end, I still love him...
“Did you know...you make me so happy that sometimes I actually forget to breath? I'll be looking at you, and my chest will get so tight...and it's like, the only thought in my head is how much I want to reach over and kiss you.”

*Adam from Shatter Me By Tahereh Mafi
He's an amazing character,he's loyal and he really cares.
“He whispers, "You have no idea how much I've thought about you. How many times I've dreamt"-he takes a tight breath- "how many times I've dreamt about being this close to you." He moves to run a hand through his hair before he changes his mind. Looks down. Looks up. "God, Juliette, I'd follow you anywhere. You're the only good thing left in this world.”

*Ethan from Chicagoland Vampires By Chloe Neill
He's just so perfect.Willing to risk everything.Smart,hot,dangerous and of course....kick-ass.
“I'm afraid,' I finally confessed.
'I know.' His voice was quiet. 'I know, and it kills me that I put that fear into your eyes.”

*Logan from Mythos Academy By Jennifer Estep
He's funny,sweet and loyal.
“Come on, Gypsy girl. I'm bleeding to death here, in case you haven't noticed. At least make it worth my while and kiss me before I die.”


*Daniel from Fallen By Lauren Katee
He's just been through so much and I love it that he sacrificed everything in the end...for love.
“I've already had to wait so long."
"How long?" Luce asked.
"Not so long that I've forgotten that you're worth everything. Every sacrifice. Every pain.”
See what I'm talking about.

*Ash from The Iron Fey By Julie Kagawa
He might be cold and tough at first,but inside,he's just amazing.
“You are my heart, my life, my entire existence."
-Ash”

* Jax Stone from Breathe By Abbi Glines
He's sweet and supportive.He cares and he's loyal.
“I'm here because the reason I get up each morning, needs me as much as I need her."
....Yeah,he did say that to the main character.