Blog Tour - This Lie Will Kill You By Chelsea Pitcher {Guest Post & Giveaway!}

Hello guys and welcome to the official Blog Tour for Chelsea Pitcher's new YA Thriller, This Lie Will Kill You! Make sure to mark your calendars for its release and, don't forget to enter the Giveaway at the end of this post!

Title: This Lie Will Kill You 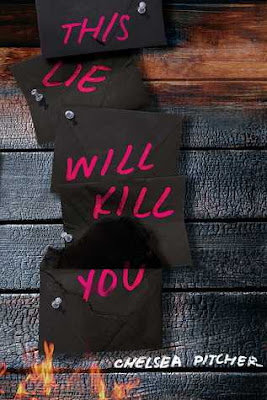 Tell the truth. Or face the consequences.

Clue meets Riverdale in this page-turning thriller that exposes the lies five teens tell about a deadly night one year ago.

One year ago, there was a party.
At the party, someone died.
Five teens each played a part and up until now, no one has told the truth.

But tonight, the five survivors arrive at an isolated mansion in the hills, expecting to compete in a contest with a $50,000 grand prize. Of course…some things are too good to be true. They were each so desperate for the prize, they didn’t question the odd, rather exclusive invitation until it was too late.

Now, they realize they’ve been lured together by a person bent on revenge, a person who will stop at nothing to uncover what actually happened on that deadly night, one year ago.

Five arrived, but not all can leave. Will the truth set them free?
Or will their lies destroy them all?

How the #MeToo Movement Inspired This Lie Will Kill You

So what can we do? When I started writing This Lie Will Kill You, I had no idea how much the #MeToo movement would inspire the book. I had written about predators before. My debut novel explored the connection between slut-shaming and rape culture, but I wasn’t setting out to do that with my newest book. All I wanted to do was tell a compelling story. Something fast-paced, exciting, and even shocking at times. I knew that each character would be keeping a secret, but would those secrets connect to what’s going on in the world? 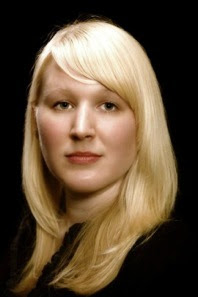 No, I wasn’t doing that this time.

Somewhere along the line the game changed, for me and the characters. Yes, each of them is hiding a terrible secret, but one of them is hiding something worse. One of them is the kind of predator that’s difficult to spot—someone who uses coercion and manipulation rather than outright force. Someone who’s never caught with a gun in his hand or a knife behind her back. Surely, there has to be a way to take down someone like that.

The truth is, there are many ways to expose a predator. It starts with sharing our secrets with people we trust. Building up a community of allies. Calling out bad behavior. But sometimes, all of that isn’t enough. Sometimes, wicked people cling to their secrets so desperately, it seems like the truth will never come out. If that’s the case, you might need to do more than band together and speak the truth. You might need an isolated mansion up in the hills. A very exclusive guest list.

And a hand striking a match.

Chelsea Pitcher is a karaoke-singing, ocean-worshipping Oregonian with a
penchant for twisty mysteries. She is the author of the S-Word, The Last Changeling and The Last Faerie Queen.

Watch for her new YA Thriller, This Lie Will Kill You, coming December 11th, 2018 from S&S/McElderry!