Tom Sutherland is an arrogant prick. There, I said it. Okay, so he’s also my assistant and I couldn’t survive without him, but that doesn’t make him less of an irritating bastard — Lana

Lana Keele is a witch. A beautiful, frustrating witch placed on this earth to torment me. Yeah, she’s my boss, but she’s still the most maddening creature I’ve ever had the misfortune to cross paths with — Tom 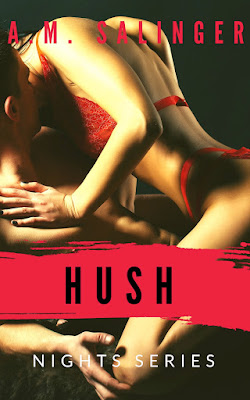 When Lana Keele, president of Keele Industries and only surviving heir to business tycoon Oliver Keele, wakes up in her devil-of-an-assistant’s bed after a drunken night out, she fears the worst. That is, until prissy Mr. Perfect Tom Sutherland declares that she’s the last woman he’d ever want to sleep with.

After surviving four years in the company of the infuriating woman he’d lusted after since his teens, Tom has had just about enough of the unholy siren that is Lana, especially when she turns up inebriated on his doorstep one night and demands sex. Convinced that Lana will never return his affections, Tom decides that it’s high time to get over his unrequited love.

Except Lana doesn’t quite seem to agree with this plan. Not after she sees him with another woman. Not after she confronts him about it. And most definitely not after he succumbs to temptation and kisses her.

As they finally ignite the fire that has burned so long between them, Tom cannot help but be certain that for Lana, this is just about sex. Will he be satisfied with only having the body of the woman he loves and not possess her heart? Or will Lana convince Tom that she truly means to give him her everything?

Discover Lana and Tom’s story in this sexy and stormy addition to the hot, contemporary romance series Nights by A.M. Salinger. Note from the author: although each book in Nights can be read as a standalone, you will enjoy this series even more if you read the books in order!

This is a novella length MF romance with a HEA!

It's been a while since I've read a Romance novel and I have to say that, I particularly enjoyed this one! I'd been wanting to read one of A.M. Salinger's books for a while so, when the opportunity arose, I obviously could not resist. And I was definitely not disappointed. It was steamy, quick and everything I was in the mood for when I decided to start reading it! It's definitely for a more mature audience so, you might want to be aware of that before picking it up!

Going too much into the story would probably spoil you in terms of its premise so, I'm just going to say that it's told from both Tom and Lana's perspectives, which I personally find immensely enjoyable in Romance novels. Since it is a novella, its pace was fast but not rushed, which isn't usually easy to achieve! The beginning is actually quite fascinating and probably my favorite part of the novel, while the ending lacked a bit in terms of creativity, should I say? It was definitely satisfying but, kind of predictable, which is the only thing that could've been altered a bit to make this perfect! I loved the back and forth between the characters though and couldn't get enough of their banter! The chemistry between them was crazy and the writing style definitely complimented it!

The plot kind of took a backseat to the relationship between the characters and their erotic journey, I would say, something I was definitely aware of before choosing to read Hush so, I thought I'd point that out. There's a general plot, if that makes any sense but, it's all about Tom and Lana's relationship and how it progressed throughout the novel! This is part of a series I haven't read and but, it didn't leave any gaps or confuse me as to what was going on! It was quite enjoyable and I am definitely thinking about picking up the rest of the books in the series!

Overall, this was such an enjoyable Romance that I would definitely recommend to those of you looking for something light and drama free to get your mind off of things and kind of, unwind! It was such a quick read and entertaining read, perfect for those moments in - between ''heavier'' Genres!

Ava Marie Salinger is the pen name of an Amazon bestselling author who has always wanted to write scorching hot contemporary and erotic romance. In 2018, she finally decided to venture to the steamy side. NIGHTS is the first of several sizzling series featuring sweet, sexy men and women with dark pasts and a whole lot of love to give to the ones brave enough to fight for their hearts. When she’s not dreaming up hotties to write about, you’ll find Ava creating kickass music playlists to write to, spying on the wildlife in her garden, drooling over gadgets, and eating Chinese.

a Rafflecopter giveaway
Posted by Book Lady's Reviews at 14:24