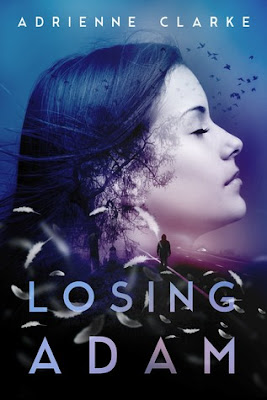 What happens when the person you love most in the world suddenly becomes a stranger?
Adam and Jenny’s world is falling apart. Their dream of attending college together away from home quickly becomes a nightmare when Adam begins hearing the voice of the Snow Queen.

Adam’s startling transformation from popular drama student into a withdrawn, suspicious stranger leaves Jenny frightened and confused. How can the person she loves most in the world suddenly become someone she doesn’t recognize? As Adam drifts farther and farther away into the Snow Queen’s mysterious world of ice and snow, Jenny believes she must fight to bring him back or risk losing him forever.

Vividly narrated by Adam and Jenny, the struggle to understand the impact of Adam’s mental illness, forces both characters on a journey of self-discovery that leads to understanding about life’s uncertainty, the power of first love, and the pain of letting go. Drawing on elements of The Snow Queen fairy tale, Losing Adam is a unique combination of drama and romance.

The floor shifted slightly beneath my feet. Suddenly everything in the room seemed too bright: the white sheets on Adam’s bed, the mother of pearl buttons on Adam’s mother’s shirt, the fluorescent light overhead. I wanted to throw up, but I was afraid if I left the room Adam’s parents wouldn’t let me back in.

“Maybe there’s something wrong with his voice.”

Adam’s father turned around. “There’s not a thing wrong with him, he just doesn’t want to talk to us. This… performance is for our benefit. He knows he’s in trouble and he can’t face it.”

“That’s not fair!” I said. Fear of Adam’s father drifted up and out of me like a ghost. “You’ve no idea how hard it’s been… how much he’s tried to…and now he’s sick and you’re acting like you don’t even care.”

“Jenny,” Adam’s mother looked at me like she’d never seen me before, “I understand you’re upset, but Adam is our son. Do you know what it’s like to get a phone call at four o’clock in the morning telling you that your son’s in the hospital? Adam’s father and I just spent two hours in a car worrying about what would be waiting for us when we got here. Can you imagine what that’s like? Can you?” The polite hostess mask slipped from her face like an overripe berry from a vine. Throughout her speech, she alternated between twisting the string of pearls she wore around her neck, and digging her French manicured hands into her sides as if to punish them.

I wanted to tell her I was sorry, but before I could form the words, Adam’s father started shouting at me. “You and Adam spend every waking moment together! You must have known that he’s been drinking, getting into trouble at residence. Why didn’t you call us, Jennifer? How could you have let it get this far?”

My whole body went rigid at the sound Adam’s voice. Even the tears on my face seemed to still with shock. Was Adam talking to me? Did he want me to go away and never come back? Was he mad at me for leaving him alone? I looked at Adam’s mother, her too bright eyes seemed to have forgotten how to blink, and her hands shook as she reached for her pearls. 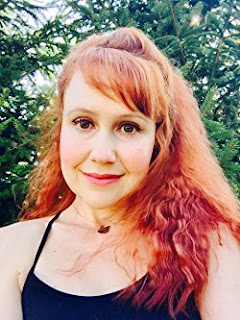 I became a writer because the world inside my head was so real and vivid, sometimes more so than the outside world. In some sense I have lived parallel lives, present in my real and fictional existence in different ways. A lover of faerie tales, fantasy and gothic horror, a thread of the mysterious or unexpected runs through all my work. My dream is to find readers who will gather round and let me tell them stories that will become a part of their life the way they have become a part of mine.

My short fiction has appeared in numerous publications including, The Storyteller, A Fly in Amber, New Plains Review, Silly Tree Anthologies, and in the e-zines Les Bonnes Fees, The Devilfish Review, Rose Red Review and 87 Bedford. An excerpt from my forthcoming YA novel Losing Adam won first place in the Young Adult category of the Seven Hills Literary Review contest.

a Rafflecopter giveaway
Posted by Book Lady's Reviews at 23:59