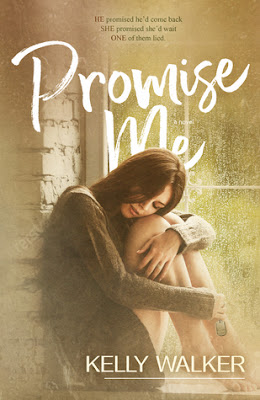 Self-professed Harry Potter addict and math genius River Jacobsen can count on one hand the people who matter in her life. Really, it’s just Dean, the boy who loves her despite her odd habit of counting everything around her when she needs to quiet her mind. When Dean promised her forever she never imagined it would be a lie.

After Marine hacker Ian Maclean is mistakenly declared dead by the US government, he’s happy to correct them the moment he escapes captivity. He wants nothing more than to get home to the wife he left behind. Discovering she’s been cheating on him since the moment he deployed wasn’t in the plan. Devastated, he walks away from everything, even his name.

With the futures they were counting on destroyed, Ian and River find themselves starting over. Ian reminds River of things she’d much rather forget, but pushing him away is harder than she expected. Ian wants a second chance at happily ever after, but the more he gets to know River, the more he worries she isn’t trying to figure out how to live again, but how to die.

Mystery girl is nowhere to be seen.


Two doors at the back lead to a storage room, and the break area. The break area also has an exterior door that opens into an alleyway. Intuition tells me that’s where I’ll find her, but my intuition is wrong. 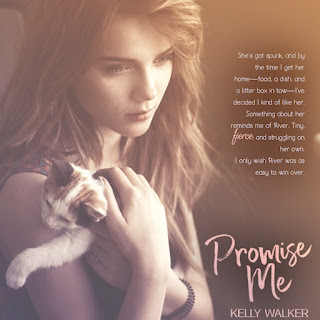 Backtracking through the break area, I pause with my hand on the door of the storage space, one of the few places I haven't checked. Logic dictates that if she's in there with the door shut, she’s not just grabbing supplies. A sense of duty prods me to find out what she’s up to, but I pause. I don't want her to be involved in the break-in. They warned us during training that sometimes when we go looking for answers, we won’t like what we find. There's a part of me that wants to walk away.

Before I deliberate any longer, I throw the door open quickly, like ripping off a band-aid. Better to get it over with.

The room is bathed in darkness, but it doesn’t take much fumbling on the nearby wall for me to find a light switch.

Mystery girl’s eyes meet mine. Neither of us speaks.

I should ask why she’s crouched with her back against the wall, hiding in the darkness. I should ask if she’s okay, but that’s stupid. Clearly she’s not, or she wouldn’t be crouched in the darkness, and her eyes wouldn’t look as dead as I feel inside. I could ask if her hair always looks like liquid honey, as I’m immediately struck with a mental image of allowing it to flow through my fingers. The last thought is so sudden, so different, and I realize that I don’t feel so lost tonight. Focusing on others has eased the weight of the mistakes I’ve made. And this girl…something about her has me more than a little intrigued.

She’s pretty in the same way a snowstorm is. You know it comes with chaos and hassle, yet something about it is downright lovely. I think she’s even more broken than I am. 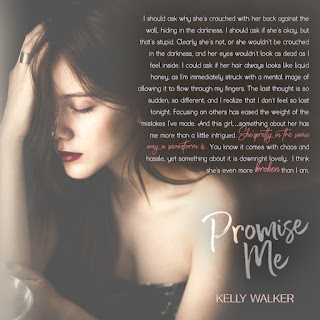 Just as the silence becomes too heavy to bear, she grabs a pack of napkins bound in brown paper.

Her green eyes narrow before darting to her hands. She’s got the pack clutched so tight her knuckles are turning white. And that’s remarkable, given how pale she already is overall.

I get the distinct impression there’s something she wants to say, but her lips remain closed, pressed into a hard line. Like maybe she thinks if she opens them, more than words will come tumbling out. Seeing her try so hard not to speak, I desperately want her to. I can’t help it. I’ve always liked a challenge. It’s why I became such a good hacker. Everything and everyone is just another puzzle to figure out. 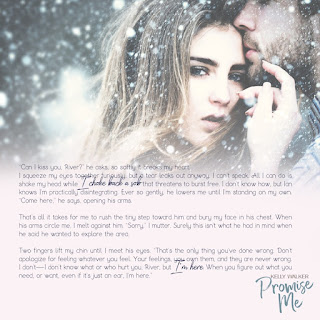 A faint vibration can be heard coming from her apron. Her pointed look at the doorway behind me tempts me to move. Instead, my feet remain planted. “Get what you came in here for?” I don’t actually know why she was in the storeroom, but I’d be willing to bet my computer monitor it wasn’t for paper products. Mystery girl rolls her eyes and lifts the napkins.

Ducking her shoulder like a football player running for the goal line, she weaves past me, radiating tense uncertainty. Jeez, it’s not like I was planning to tackle her. I follow her to the kitchen. Each of the other staff members has been welcoming and forthcoming, even if they haven’t been particularly warm. Even Jordan. The waitstaff as a whole has been a friendly bunch. Except for this girl.

That’s got to be why I’m dying to know who she is. And everything else there is to know about her. She’s an unanswered question. My specialty.

Kelly Walker is a YA and NA author of several romantic titles, including the Souls of the Stones Fantasy Romance series. She has an unhealthy appreciation for chocolate, and a soft spot for rescued animals. Her best lessons on writing came from a lifetime of reading. She loves the fantastical, and the magical, and believes a captivating romance can be the most realistic magic of all. Kelly, her husband and her two children share their Virginia home with three dogs who walk her, and two cats who permit her to occasionally share their couch.
{Website | Goodreads | Facebook | Twitter}