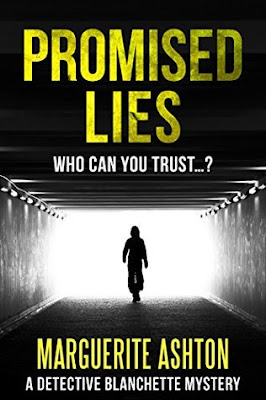 Detective Lily Blanchette has a lot on her plate...

Her sister Celine has recently been murdered and her parents are on the brink of divorce. Now she's lead on a multiple murder investigation.

Six months after Lily's sister's death, the bodies of two young women are discovered. One look at the way the bodies have been posed and Lily knows her sister's killer is back.

And she's determined to get him.

When Lily visits the family of victim Tanya O'Neal, she learns the woman had arranged to meet a man going by the handle CtryGeek23 on the social networkign site Scatter.

Lily thinks finding the man behind the account is key to solving the case.

But CtryGeek23 is very clever, and Lily has her work cut out for her. As she digs around, clues point her to a local brewery where she discovers the body of another young woman.

The more Lily digs, the more she thinks there is more than one murderer at work, and CtryGeek23 is the mastermind.

But who is he?

And how will they catch him?

As the investigation comes to life, death hits closer to home, and Lily discovers she may not be who she thinks she is at all.

Filled with plot turns, suspense and mystery, Promised Lies will leave you wondering how well anybody knows anyone... 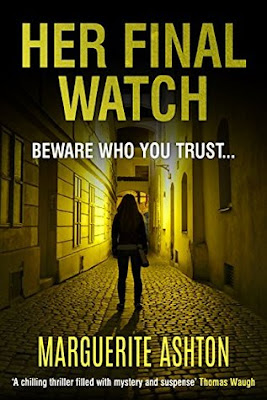 Detective Lily Blanchette will stop at nothing to solve a murder. Her current case involves the killing of an undercover cop working to bring down the mob for prostitution and drugs.

But Lily's usual laser-like focus on the case has been disrupted.

Two week earlier, she learned she was pregnant by her murderous husband whom she killed in self-defense. Unsure whether to keep her baby or place the child of this cruel man up for adoption, Lily keeps the pregnancy a secret from her colleagues.

Under mounting pressure to solve the case, Lily arranges a sit-down with a local mob boss only to find out her suspect is also wanted by them. But before Lily can warn her team, she and her new partner, Jeremiah, are shot at, and another body is found.

When she discovers Jeremiah has a connection with the underworld, she is pulled into a conflict that swirls around the boss's son who's hell-bent on revenge.

To add to the complexity of the situation, Lily learns that her victim might still be alive if it wasn't for opportunistic Assistant District Attorney, Ibee Walters, who has a twisted vision of justice.

As Lily gets closer to finding the killer, she unravels ugly secrets that point to Ibee and Jeremiah - placing Lily's life and her unborn child in danger.

*This is an overall review for both novels since I don't usually write thorough reviews of sequels, just to avoid getting out of hand without realizing it and spoiling the story for other people who are interested in reading it!*

I got into Promised Lies not knowing what to really expect since, I don't usually go for Mystery/Thriller books, unless they immensely intrigue me. But, it was the best surprise ever and had me hanging from the edge of my seat throughout it! I'm not going to get really into the plot because I feel like this is definitely something you have to experience firsthand if you're interested in reading the series. We'll get to that a bit later though!

First of all, the characters were so complicated and interesting that, they gave a completely different meaning to the word authenticity. I've never come across such complex characters that hid behind so many layers and kept so many secrets from each other. Lily was a fantastic main heroine and definitely someone to look up to. She's extremely passionate and determined to finish the job and find the psycho who's already killed so many innocent young women.

She's also relatable in the sense that, she's trying to push through all the bad stuff that's been happening and prevent it from taking over her life, in order to get the job done. She's human, she has her flaws and imperfections, but that doesn't stop her from doing what has to be done. Even if shit happens along the way. She's also stubborn and won't let anything or anyone intervene with what has to be done. The only thing that annoyed me a lot as a reader and I
couldn't get over, was how invested she was in her work. I can definitely understand being passionate about the things that you love doing but, sometimes it was just too much and prevented her from seeing the bigger picture. It felt like being a cop was a bigger priority than it should've been and followed her in everywhere. Yes, she was trying to catch a serial killer but, there were times when it completely consumed her and wouldn't let her think clearly.

Moving on to the rest of the characters. I adored Morgan and felt like she completed Lily in every single way possible! She was funny, sincere and stood by Lily through everything she had to go through in such a short time. Alec and Evan perfectly fit into the bigger picture and added their own touch in the book. We didn't really get to see much of them but, Evan's history with Lily is unveiled as the story progresses and the ending is looking hopeful for both of them. Just to get it out there, I hated Julius from the very beginning and his behavior was just, suspicious to say the least. I wanted to seriously hurt Deena - Lily's mother - because the woman was frustrating and obviously had no feelings. She's selfish and probably narcissistic. As far as characters go, there are a lot more introduced in the book and you'll just have to discover them yourselves because I really don't want to reveal too much.

Moving on to the complexity of the book itself, which really held my attention and made the mystery feel even more authentic and vivid in my mind. I could not stop reading and finished this book in a matter of hours. I'm not even kidding. It was so well written and the thought process blew my mind away, along with the twists and turns that I couldn't have seen coming, even if they'd been staring at me in the face. It's such an unpredictable story and it will definitely surprise you, break your hearts into tiny little pieces and make you scream in horror and disbelief!

Her Final Watch was definitely as exciting as its predecessor. Had the same feeling of unpredictability throughout it and the surprised never stopped coming. Marguerite Ashton is an expert when it comes to plot twist and unexpected scenes that take your breath away, so I was pleasantly surprised and extremely glad that I enjoyed this one as much as I did Promised Lies! Sometimes, it's very tricky for authors to pick up where they left of in sequels and actually maintain what made the previous books special for the readers.

I definitely think that, Her Final Watch didn't lack any of the creativity and originality that made Promised Lies such an enjoyable book to read, which I immensely appreciated! It's really hard to keep the balance but, the story managed to do so perfectly, without losing sight of its authenticity. The characters developed so much throughout the sequel and we're once again faced with Lily's determination to solve a crime and handle everything that came her way like a pro. She proves, once again, how strong and honest she is, both as a person and as a detective. I was still a bit annoyed with her behavior at times but, nothing extreme that could overshadow the way things actually progressed or affect my feelings for the book itself.

Surprises never stopped coming and watching clues unfold the way they did was just fascinating. The vividness was there throughout the book and I was once again impressed with the author's way of thinking and how she handled this series! The complexity of the case blew my mind once again and I actually felt frustrated and cornered at times because I could not, for the life of me, figure out what was truly going on. A lot of revelations appear from nowhere in this novel as well so, be prepared!

Overall, Detective Blanchette is definitely a force to be reckoned with and I cannot recommend the books enough. Fans of Mystery will find the events that take place in both books thrilling and won't be able to put them down! The writing adds a nice fluidity to the story and the suspense is endless! Highly recommend!

When Marguerite Ashton was in her twenties, she took up acting but realized she preferred to work behind the camera, writing crime fiction. A few years later, she married an IT Geek and settled down with her role as wife, mom and writer. Five kids later, she founded the Crime Writer's Panel and began working with former law enforcement investigators to create Criminal Lines Blog, an online library for crime writers who need help with their book research.

She's a workaholic who hides in her writer's attic, plotting out her next book and stalking Pinterest for the next avocado recipe.

A member of Sisters in Crime, Marguerite grew up in Colorado, but is now happily living in Wisconsin and playing as much golf as possible.

a Rafflecopter giveaway
Posted by Book Lady's Reviews at 16:56