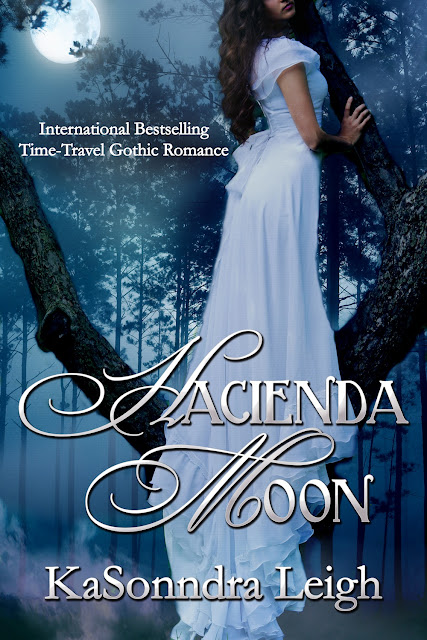 Centuries ago, his ancestor fell in love with a woman cursed by a jealous witch. No one believed him until it was too late. Eric Fontalvo was determined to prove one thing… that a family curse didn’t cause his father’s death.

The plan was working until the day he found her…again. Suddenly his life changes forever, and he is forced to question everything he believes.

Moving into an old plantation house was just what Tandie Harrison needed to recover from tragedy. So she writes a book, a story based on a man in her dreams. There’s only one problem though… the characters from her novel keep showing up on her doorstep.

And then she finds a diary written hundreds of years ago.

As if that isn’t strange enough, she meets him…the man from her dream, someone who reawakens her psychic power along with something else from long ago.

Can Eric and Tandie’s love destroy the force keeping them apart? Or will darkness win again?

Hacienda Moon is a new classic tale of two lovers crossing time. A seductive tale of one woman’s journey to confront the demons of her past and to find the courage to face her future. It is a mesmerizing novel that explores the deepest depths of human nature, and the characters will hold and haunt you long after you have read the final chapter. 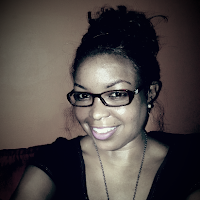 Author of the Bestelling Lost Immortals Saga, Musical Interlude Series, and the PathSeekers Novels, KaSonndra is also a mother, blogazine owner, reader, gardener, home renovator, and a slayer of undead Egyptian mummies in Tomb Raider. She believes in karma, coffee, and seriously wish that the producers of Xena would bring her favorite show ever back.

Strange things about KaSonndra: Everything. She's weird, odd, unusual, and generally tends to make people think she swooped down from another planet. Maybe she did. Who knows? She's also a member of the #zombiesurvivalcrew on twitter. So if you need protection from the upcoming apocalypse, don’t hesitate to call on KayLeigh and crew!

KaSonndra was born in the race-car city of Charlotte, NC, and now live in the City of Alchemy and Medicine, NC, when she's not hanging out in Bardonia (Lost Immortals Saga setting). Most of her characters are based on people that she has met throughout her travels and adventures. People tend to stop and start conversations with KaSonndra as if she has known them her entire life. Does this freak her out? Not really. Her mom says that one day she’ll get kidnapped by one of these folks. KaSonndra's response? She told her mom that if it weren’t for these lovely people, then she wouldn’t be able to create such fabulously romantic stories.