Title: Black Bird of the Gallows

A simple but forgotten truth: Where harbingers of death appear, the 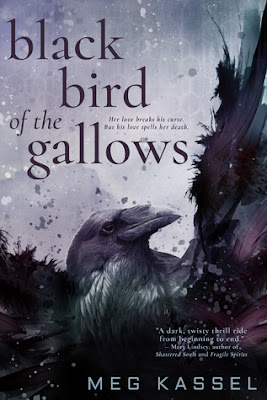 morgues will soon be full.


Angie Dovage can tell there’s more to Reece Fernandez than just the tall, brooding athlete who has her classmates swooning, but she can’t imagine his presence signals a tragedy that will devastate her small town. When something supernatural tries to attack her, Angie is thrown into a battle between good and evil she never saw coming. Right in the center of it is Reece—and he’s not human.

What’s more, she knows something most don’t. That the secrets her town holds could kill them all. But that’s only half as dangerous as falling in love with a harbinger of death.

I was so excited to pick up Black Bird of the Gallows. Just by reading the synopsis, I could tell that it was going to be very interesting and unique! Plus, I hadn't read any Paranormal novels in a while and was looking for something that would get me back on track! And this was exactly what I needed!

First of all, let's talk about the characters. Angie was a very likable main heroine, whose life hasn't been the easiest. She has her demons, as we all do after all, and she is portrayed as a very relatable character. Her insecurities, fears and everything she's been through in general make her more human than anything and the paranormal aspect just makes everything more fascinating and entertaining to read. She is a social outcast in her high school - because kids are idiots - but she's so strong and determined, considering everything she went through. Parts of her past are slowly revealed which just makes you want to keep reading in order to figure it all out.

Reece was also quite an intriguing guy and I would've probably been attracted to him as well, if I were in Angie's place that is. He's surrounded by darkness - except from the crows of course - and gives off this mysterious aura that you cannot help but be attracted to. At the same time though, he's so sweet, thoughtful and protective of Angie. He's not the perfect guy and he has his own demons to battle off but, he's definitely worth it. 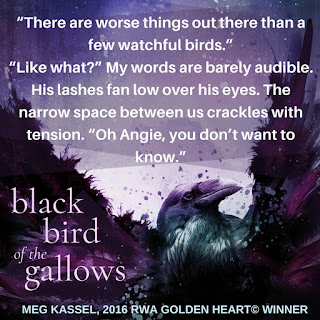 Their romantic relationship is definitely of the swoon worthy variety and I really enjoyed the fact that there was so much more into the story than just the romance. The attraction between Angie and Reece begins as soon as they meet each other, but the pace of their relationship is neither too slow nor too insta-lovey which makes it perfect for those of you that enjoy this sort of, in the middle situation. It builds up as the story progresses and just keeps you on edge.

The paranormal aspect of the story made things even more interesting and I really enjoyed how the author used it to her advantage. The writing was also great, which is always a plus in my case. It's very important for me as a reader and I'm very excited when I come across authors whose writing style wakes me up on the inside. Does that make sense? I hope you got the point! The ending was the only thing that felt a bit rushed for me and kind of, abrupt. I feel like some things were left hanging and weren't fully explained which was kind of disappointing since this is a stand alone novel.

Other than that, Black Bird of the Gallows was such an amazing novel! The writing was beautiful and the flow of the story perfect for fans of the Paranormal genre. Definitely recommend this if you enjoy dark, mysterious and swoon worthy characters. The plot is very interesting, that characters likable and easy to connect to so, if you're thinking about picking this books up, just go for it! 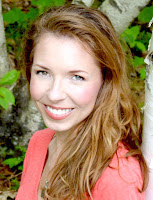 Meg Kassel is an author of paranormal and speculative books for young adults. A New Jersey native, Meg graduated from Parson’s School of Design and worked as a graphic designer before becoming a writer. She now lives in Maine with her husband and daughter and is busy at work on her next novel. She is the 2016 RWA Golden Heart© winner in YA. 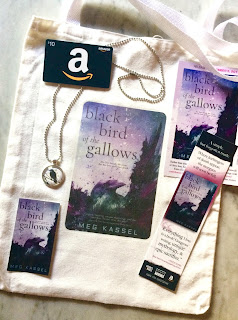 a Rafflecopter giveaway
Posted by Book Lady's Reviews at 18:40