"You thought I did this out of the goodness of my heart?" He gave a short mirthless laugh. "Not a bit of it, this is going to be dangerous for me. What are you offering for my help?" 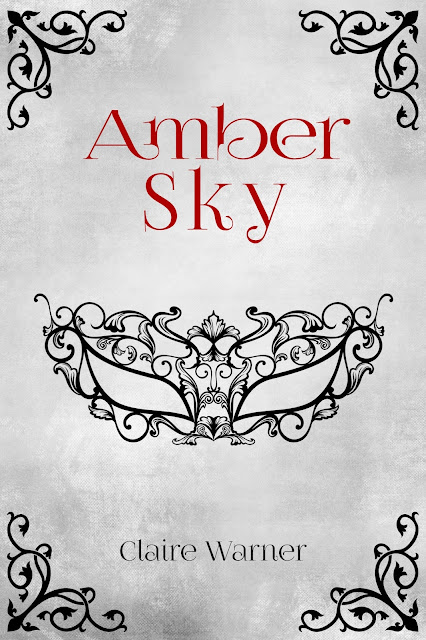 Beneath the Amber Sky, the nobility control the food, education, and the mysterious C.O.I.L.S of Copper and Brass. To Tay, struggling to keep her siblings alive, the ideas of rebellion and freedom are distant and unreachable.

But when her father is arrested, she begs Darius James, the son of the Overseer, to save his life. Darius agrees, but his help costs her a favour, one he can call in at any time.

Darius' favour will bring her to the Palace, and the perfect position to help the growing rebellion. But the court has games beyond anything she has seen before, and Darius' secrets will add to the danger.

Tay is now able to make a difference, to join the rebellion, find the C.O.I.L.S and discover the secrets of the Amber Sky. All she has to do is survive.

Within the coils of copper and brass, there is a chance of freedom:

It was November, and soot-laden fog obscured her progress as Tay strode along the busy street. A chill wind kept the smog moving and nipped at her exposed skin. She was grateful for the shifting whiteness: it kept away curious eyes, and gave her a sense of freedom. The Factory was ahead, belching clouds of smoke and steam into the air, choking the lines of workers that queued outside. She averted her eyes and kept going. Thoughts of the Factory led to thoughts of the Mine, and she could not allow that. The work site fell behind her as she began to move uphill, away from the choking smog of the Factory District, and towards the Mercantile District. The traffic thinned out as her feet carried her through the cold, whispering quiet. The crowds were lighter here and better dressed. In contrast to their well-heeled fashions, Tay looked like an old sack. Several threadbare garments covered her body, and a moth-eaten, woollen hat was jammed down on her chestnut-coloured hair. Her boots were held together with twine, and stuffed with rags to keep the cold at bay. Despite her efforts to layer her ragged clothing, the wind still found its way to her skin, making her shiver. As she headed into the district, the fog shielded her from prying eyes and made her progress easier. Moving along the well-paved roads of the Merchant District with the elusiveness of a wild thing, she avoided the few traders that braved the cold, speeding up as she approached her destination.

The house was built from white stone, now discoloured from the ubiquitous soot. On the faded, cherry-coloured door, a brass knocker in the shape of a lion warned her off with what she fancied was a contemptuous gaze. For a long moment, she stared at the wood, wondering at the wisdom of what she was attempting. Lars and Cody could have been wrong, and this trip could easily land her in the cells. As the ever-present wind chapped her lips, she mustered her resolve. All other options had been exhausted, and this was all she had left. Taking a deep breath, she grasped the knocker with one shaking hand before letting it fall. For several moments, she waited on the doorstep, shifting uneasily from one foot to the other, nervous beyond thought.

The door creaked open, and a maid stared down at her with unconcealed distaste. Tay nervously wet her lips and opened her mouth to speak.

“No beggars.” The maid spoke first, her voice shrill with strident condemnation, as she took in Tay’s attire. Confident in her dismissal, she moved to close the door.

“No, wait.” Tay placed her foot in the hall, and leant forward. The maid stopped moving, distaste morphing into shock. “I need to speak to Darius…” Despite her best efforts, Tay’s voice still shook.

“Please.” The woman stared down at her with disbelief, incredulous at her audacity to ask to see the Master’s son.

“I don’t think so.” The woman began pushing the door shut, shoving Tay’s fragile frame off the doorstep with its weight. Tay held her ground, trying to keep the door open.

“Please…” She pleaded once more, her voice echoing loudly in the hallway. Panic thrummed through her as she became aware of the spectacle she was creating. One complaint from any of the people on the street behind her and the guards would come. “I need to see him.” It was a desperate, yearning plea, yet the maid was having none of it. The door jammed against her toes, and she winced. The maid was winning the battle, her far stronger, well-fed, bulky frame inching Tay closer to the street.

“What’s going on?” A male voice echoed across the hall, and the maid stopped.

“It’s this beggar, Sir.” The woman held the door steady as she turned to face the speaker. “She wishes to talk to you.” Her voice was sneering, only slightly mollified by deference to her master.
“Let me see.” The man walked forward, and the maid reluctantly released her hold on the door. Tay's eyes roved across the man before her as he came into view, starting at his well-shod feet, and travelling upward. A well-tailored, dark blue suit framed a lean body, and a cane of some dark wood lay carelessly in his hands. Casting her gaze upwards, she stared directly into a pair of deep-blue eyes, which were alight with interest.

“I need to see you, Darius,” She appealed directly to him, holding his gaze with silent entreaty. She ignored the scandalised tut of the maid as she took a step forward. “It’s important.”

Darius thought for a moment before he nodded. “Let her in,” He said to the maid, stepping back along the hall. With a look of shock on her features, the woman stepped away from the door and let Tay into the house.

Heat enveloped her as she stepped off the street, and followed Darius’ beckoning finger. The maid closed the door behind her as she slowly crossed the hall towards a door on the left. Her eyes drifted across the panelled space, awed by the luxury she saw. Dominated by a sweeping staircase, the hallway was decorated in shades of gold and blue. A heavy chandelier, festooned with lights, swung from the ceiling, and it was blissfully, wonderfully warm.

“Come on girl,” Tay's head snapped back to the doorway, and she almost tripped over her own feet, as she hastened towards the sitting room. A fire blazed in a large hearth, filling the room with a cosy light. Above the mantel, a gilt-framed mirror reflected her scared and lost face. Several comfortable-looking couches lay about the room, and a variety of expensive knick-knacks were arranged on a wooden cabinet against the left wall. Intimidated, she looked around at the luxuriant surroundings and swallowed nervously.

“Warm yourself up.” Darius indicated the roaring fire, and she stepped before it gratefully, feeling the heat radiate across her cold skin. “Emma.” He turned to the maid. “Can you find me some old clothes?” With a sour look on her face, Emma nodded. As soon as she had left, Darius turned back to the room. “Now that she’s gone,” He said as he walked forward. “Why don’t you tell me what you want?”
Taya bit her lip and fidgeted. What had seemed like a good idea in the safety of her home, now felt like insanity. She glanced at him, noticing the arrogant cast to his features and the surety of his gaze. He was handsome, she realised with a jolt. Beneath a shock of black hair, deep blue eyes stared out at her with disconcerting directness.

“My name’s Taya, and…” She stopped, wondering how she could continue with her request.

“And?” He encouraged, noticing her hesitation. “I can’t help you if you don’t ask.”

“My father has just been sent to the mines,” She said quickly, watching the realisation cross his face.

“I see,” He noted softly, staring at her with interest. “And?”
“He already has a weak heart,” She found herself saying. “The mines will kill him.”

“I fancy that’s the idea,” He uttered, reaching for a glass of amber liquid that lay on the mantel, and took a sip. “What do you expect me to do about it?” 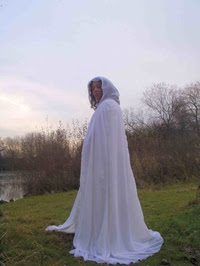 When I was a child, I made up games and characters when my sister and I played with dolls. As I grew older, I would make up scenarios and scenes, fully intending to write them down but never finding the time. In my late teens, I discovered the world of role playing and settled into an avid ‘geeky’ life of D&D, comics, sci-fi and fantasy fiction. Years passed and I finally gave voice to the stories in my head. I write romance, fantasy, action and adventure. I love tales of steampunk and history, tales of magical powers and dark curses lurking in the shadows. Though The Black Lotus is not my first attempt at a novel, it is the first I have finished.

And some fun facts about me:

My favourite Disney film is Atlantis.

I’ve been a film extra and stood 5 feet away from Sam Rockwell.

Babylon 5 is my fave sci-fi show.

I cried at the end of Toy Story 3.

See the giveaway details at Goodreads.