Book to Movie Adaptations: Are They Worth It? - Discuss & Wonder #6

Hello and welcome to another discussion post! It's been a while since my last one so, I would really like to apologize. I try to post them at least once a week but sometimes, I stall and I end up not posting at all.

Anyway, for this week, I decided to talk about


*Just keep in mind that, I enjoyed some of these movies but, what disappointed me was the fact that they had nothing to do with the books. Almost.*

Usually, when a book is adapted into a film, a lot of details are left behind. Some of them are very important - take Harry Potter and Lord of the Rings for example - and some of them weren't necessary in order for viewers - who may have not read the books - to actually understand the story itself. Most of the time, the movie script based on the book has to be coherent, which doesn't necessarily involve every single detail and development.

A lot of changes happen and sometimes, characters are even left behind from film adaptations for various reason that really do not make sense. If you're going to turn a book with ten main characters into a movie, you might as well find actors for all ten characters.

And the most annoying thing, for me at least, is when a character is portrayed differently from what I had in mind as a reader. This is definitely not the case for everyone but, I tend to imagine what I read and form how I would like the characters to look in my head.

Last thing I want to mention before I talk about some actual book to movie adaptations is that, most of them aren't that successful. Or as successful as people had hoped they would be. I don't know what happens every time and whose fault it is but, from what I can tell, the majority of them did nothing for the audience and certainly did not impress viewers.

Readers are obviously a huge exception! I'm such a sucker for adapted films even though I might not enjoy them as much as the books that inspired them. And I'm pretty sure most of you share the same, exact thoughts!

I have two favorites and you've probably guessed them already! My beloved Harry Potter and, of course, Lord of the Rings! Not a month goes by without me watching them. And I can't even count the number of times I've HP and LOTR marathons! 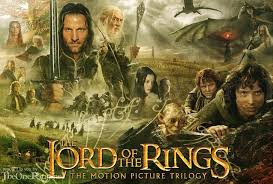 The books themselves were slightly better and as usual, many details weren't featured in the movies but, they were very successful and definitely left history! Imagine that, they didn't actually want to turn Lord of the Rings into a film and J.K. Rowling was rejected when she first tried to publish Harry Potter. Can you believe it?! 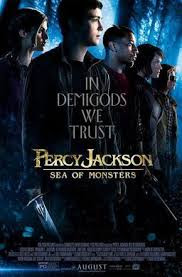 Moving on to the next adaptation I really want to talk about. Percy Jackson and the Lightning Thief. I love the Percy Jackson and the Olympians series and I've watched the first movie a couple of times already. It is very enjoyable but, I can understand why people who haven't read the books might have not been impressed. Or why they didn't share our excitement. The movie itself was kind of rushed and definitely didn't feature most things that happened in the book. Which is what irked me the most. Logan Lerman was a great Percy Jackson. If we completely disregard the fact that, he's a twelve year old boy in the first book. And, if you count the fact that, Annabeth is like, blonde in the books and she appears in front of us frustrated folks with brown hair. Seriously?!

These are details that, people who just want to see the movie won't care about but for us readers, they are annoying. The movie itself was action packed and very interesting so, I actually enjoyed it more that it might seem. The second movie though? It was a big fail for me, personally. I didn't like it at all and it felt very inconsistent in a way. It wasn't the worst sequel but, it didn't receive the best reviews and a third movie won't be in production anytime soon. And that last scene guys? A big NO!

I watched Miss Peregrine's quite recently and I fell in love. I kept putting it off because I didn't expect to like it at all and didn't even bother reading the book. It's actually the only movie adaptation I've watched without reading the book first. It motivated me to pick it up and even though there were a lot of differences, I immensely enjoyed both of them! The movie itself has been described as very confusing and overwhelming which I completely agreed with, at first. When I read the book though, I watched it again and the second time made a lot more sense than the first time. Not sure it that's a good thing though because not everyone will have the time, or even want to read the book.

I would definitely recommend both the book and the movie though because they are truly wonderful. They're unique in their own way and make you want to experience the world they're set in. Magical, fascinating and of course, extremely peculiar! I sincerely hope that they're going to make the rest of the books into movies as well! 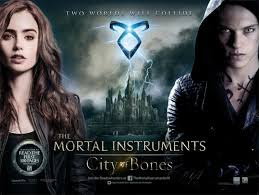 The next adaptation I really want to talk about is more than popular. I'm talking about the Mortal Instruments movie, which angered me, frustrated me and made me want to smash something into pieces! Can you imagine my excitement when I saw the announcement for it? Probably yes, if you're as obsessed with the Shadowhunters as I am. Yes, I was obviously very disappointed. Lily Collins was perfect for the role, don't get me wrong but, a lot of things were missing. It wasn't a very successful movie and it has a very low rating with mixed to negative reviews. The sequel's production was cancelled and it didn't really manage to meet everyone's expectations in the Box Office World. Now, they rebooted it as a TV show and it seems to be going well. I haven't watched it yet and I'm not sure if it's worth it after all. I might give it a try sometime in the future.

Lastly, we have Divergent. It was one of the first Dystopian novels that I'd read back in the end and I fell in love with it from the first paragraph! I was ecstatic when I saw the announcement for the film and anticipated its release full of excitement and anxiousness. Even though it didn't have a lot of similarities with the book, I loved it! Shailene Woodley was perfect for the role of Tris and I'm not even going to talk about Theo James. Hello Four, exactly as I had imagined you in my head! It was action-packed, thrilling and I'll never get tired of watching it. Again and again. 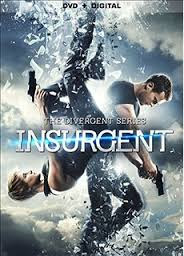 It did make a good profit considering the budget but received mixed reviews from critics. They called it predictable, glossed over and irrelevant. I definitely don't agree with the irrelevant part but, I would have loved it even more if, certain elements weren't left out. Soon after that came the releases of the sequels, Insurgent and Allegiant. What really bummed me was the fact that, they split the last book in two parts - which is something very ordinary in the world of last book to movie adaptations - and filmed the first one, just to announce that the director of both would not return to work on Part 2. So, they basically left us poor souls, hanging. Just like that. It is said that, the director will be replaced but, news of a TV series and the cancellation of the last film have been circulating which, truthfully, I find quite ridiculous.

There are of course a lot of book to movie adaptations that I've watched and might have loved or hated but, these will do for now. They're the ones that are very fresh in my mind and I'll definitely talk about more in a future post.