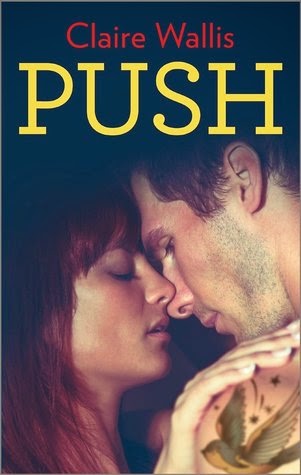 I feel like I am wrapped in a cyclone. Everything is whirling around me, drawing the air out of my lungs and filling me with the best kind of turmoil. Every time his tongue slides against mine, a prickle in my gut tells me how right we are together. How much I need David. How much I need us.
I hope the cyclone never stops.
Emma Searfoss has spent a lifetime trying to escape her abusive stepfather. It’s why she moved far away from home. It’s why she’s kept no ties with her remaining family. And it’s why she’s got a major rage problem. When her neighbor shows up to fix the kitchen in her new apartment, his enigmatic charm calms the fire in her. David is cool and collected, and he makes Emma feel safe for the first time ever. But David has his own chilling past—his six previous girlfriends have all disappeared without a trace. Emma’s walking a dangerous line, but David’s pull is intoxicating. And impossible to resist…
This is a new adult romance with mature content for readers 17 and up.
(Amazon | B&N | iTunes | Kobo)

Push was a really interesting book with an extremely unique concept and plot.As soon as I started reading it,I was hooked.I couldn't wait to see what would happen next and those flashbacks in between chapters made things even better!

Let's start by talking about the characters.Emma,our main protagonist went through some really tough situations but managed to leave everything behind and move into a new apartment,far away from home.She wasn't weakened by everything that happened to her.She manage to become this strong,fierce,feisty and refreshing character that you can't help but connect to and fall in love with from the very first chapters!Her stepfather was just disgusting and I hated what he made her do.It wasn't sexual abuse but the things he put her through made me so angry I actually had to stop reading for a couple of minutes.My frustration and anger reached their boiling point.

Moving on to David.You seriously cannot resist falling in love with him.I personally couldn't and I'm pretty sure that a lot of people who have read this book share the same opinion!The way he treated Emma made me fall in love with him even more...He was so protective of her and from the moment he met her,he shows her love and respect.While I was reading the book,I kept wondering if it's alright to actually like love him that much...Because let me clear something out...He's probably the most mysterious character I've ever read about.And the secrets he hides...I don't know if disturbing and kind of twisted are the right words.I might be exaggerating here but...who knows.

Overall,their relationship felt so right.I connected with them from the moment I started reading the book and I was dying to see what would happen in the end so I HAD TO KEEP READING UNTIL THERE WAS NOTHING ELSE TO READ.That means the ending arrived pretty quickly.To say it shocked me is an understatement.It was such a heartbreaking cliffhanger.Just thinking about it makes me wanna cry which I kind of did actually.I'm desperate for the sequel!

Moreover,the writing of this book was PHENOMENAL.Claire Wallis is such an amazing and talented author.I really can't wait to read more of her words.The way she wrote really captivated me and captured my attention.It made everything more real and mysterious.Especially those flashbacks.They added an edge to the mystery that surrounded David.I think without those flashbacks,the book wouldn't be the same.Push is told mainly by Emma's perspective but there were some chapters where we got to experience things through David.Plus,the flashbacks were told in some other peoples' POVs.

Last thing I want to talk about is that Push was a roller coaster of emotions.Literally.You can't even understand what you're feeling one moment,and then the next a new emotion takes over.If that makes any sense.Highly recommend Push...but seriously.You have to be emotionally ready and expect EVERYTHING before you start reading it!!!

Claire Wallis has penned hundreds of magazine and newspaper articles over the last ten years, with science playing the lead role in almost all of them. Though non-fiction writing will forever be her first love, fiction has unexpectedly swooped in, hooked her by the soul, and become her true love. As a result of this coup d’état, Claire’s writing career has made a complete U-turn, and instead of rocks, plants, insects, and microbes, she is now putting human characters in the lead.Claire’s previous jobs include working at a limestone quarry, hawking vegetables at a farmer’s market, clerking at the dollar store, and convincing new mothers that they need to renew their subscription to that parenting magazine in order for their child to survive. She lives in Pennsylvania with her amazingly awesome husband and son.