Book Blitz - The Ghost of You By Amanda Burckhard (Excerpt & Giveaway)

The Ghost of You
(The Ghost of You #1)
Author:Amanda Burckhard
Release Date:24th February 2015
Genres:Young Adult
Swoon Romance
Book Blitz Organized By: YA Bound Book Tours 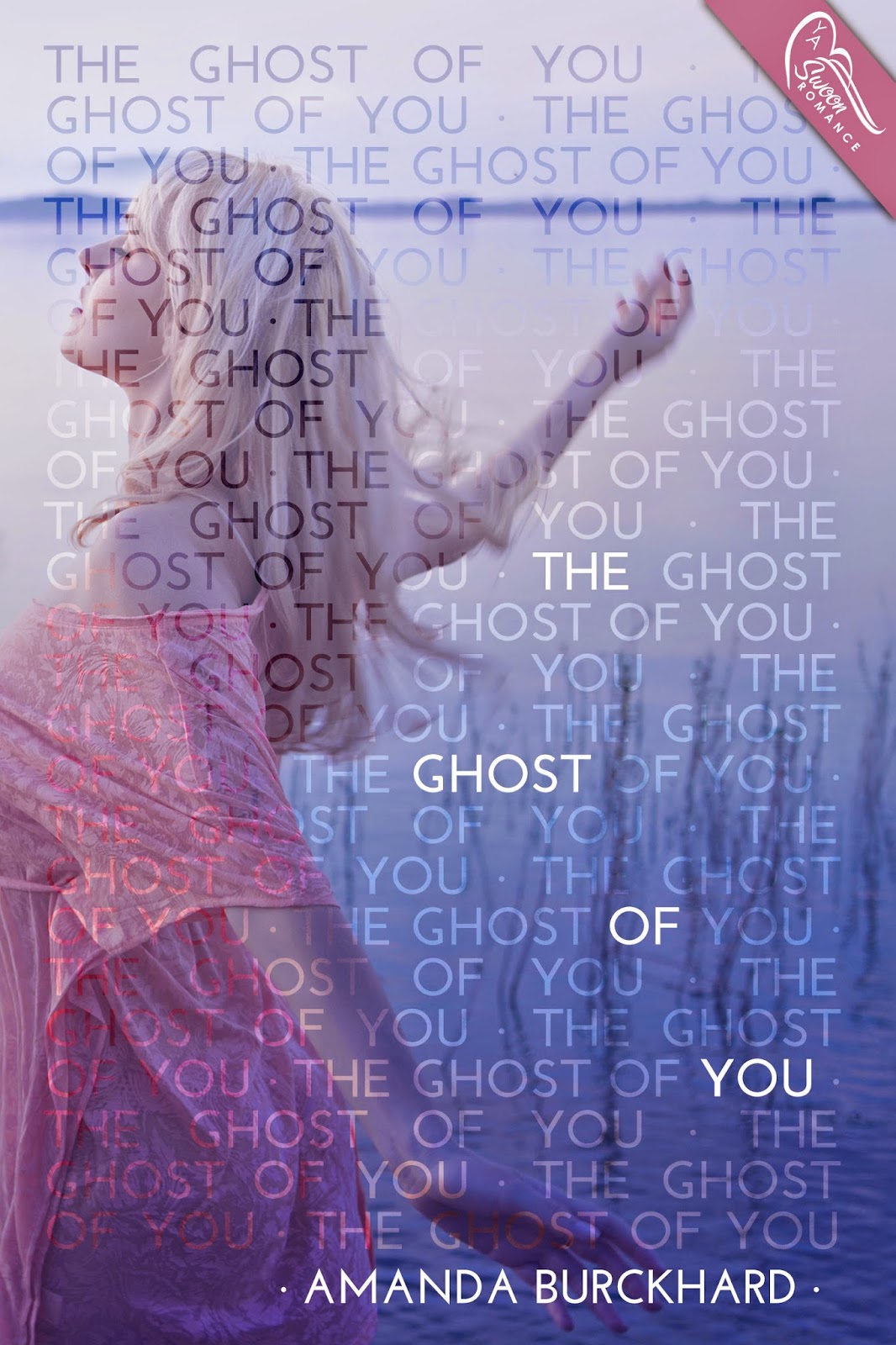 Emmy has everything she’s ever wanted: a hot boyfriend she adores, great friends, a promising future, and even a well-connected family. But one night rips it all away.
A car accident shatters her world, claiming the lives of her twin brother and her best friend. In the wake of the accident, her friends drift away, her family falls apart, and her boyfriend cheats.

The grief is more than she can handle, so she finds escape at the bottom of a bottle of painkillers. Taking the pills makes her brother alive again, if only in her head. Seeing and talking to her brother as if he were still alive is the only thing that keeps her going. Until Logan King moves to town. Logan sees past the mask of pristine popularity she wears in public and he’s the only one who can tell she hasn’t moved on.

His uncanny ability to read her forces her to open up and she starts to fall for him, no matter how unwilling she is to admit it. But Emmy isn’t the only one keeping secrets and when a close brush with death sparks events that bring everything to light, Emmy will have to decide what’s more important: learning how to forgive and move on, or holding onto the pills and the ghost of her past.

Over the past year, I developed a system. It took some trial and error, but eventually I got it down to a science. I knew exactly how many to take and at what time to maintain the constant calm the pills gave me without any side effects. I took a pill right before school at eight, a pill after lunch at one, one after practice around six, and one before bed. I never take them too close to practice, not wanting to get groggy or slow. Someone would notice that.
I didn’t have to turn around to know Derek had a scowl on his face. I sat on the bench next to him. He crossed his arms over his chest, a frown creasing his brow into a wrinkly mess. “This isn’t healthy.”

“Neither is talking to your dead sibling, but you don’t have a problem with that.”

The wrinkles in his face deepened. I walked to the shed. He was leaning against the wall of the shed when I opened it and pulled out a rake. “It’s not the same and you know it.”

“We’ve had this argument a dozen times. What’s the point? You know what’ll happen if I try to stop taking them. Just drop it.”

The pills brought him to me and they kept him there. If I stopped taking them, he disappeared. That wasn’t happening. “What’s the big deal anyway? I have perfect attendance at school, perfect grades, and I’m better than ever at softball. It’s not like I’m some freaking junky or something. They aren’t hurting me. They’re helping.”

When I walked back onto the field, he was waiting for me. The metal rake made a harsh scratching sound against the small stones in the dirt as I removed all signs of grooves and cleat marks from the field.

The hard set of his jaw told me he wanted to continue the argument, but he changed the topic instead. “You made some great plays today.”

“Thanks.” I paused in my work, something nagging at my brain. It had been bothering me all day. “I’m afraid to tell Dad about the photo class.”
“Then don’t tell him.”

“He’s going to find out eventually. It’ll be worse if it’s not from me.” I knew there was nothing I could do about taking it, but that wouldn’t stop Dad from being angry. He’d see it as a waste of time.

I continued working away at the field. When I had removed every divot, I dragged the rake back into the shed and locked it up. “I still can’t believe I have class with Zane.” I pulled off my cleats and stashed them in my bag, slipping on my sandals. We walked to my car and I made sure to chain up the gate of the four-field complex.

“Maybe if you gave photography a chance, you’d enjoy it. Even with Zane.”

I threw my bag in the trunk and slumped into the driver’s seat. He already sat situated next to me. “Maybe. We’ll see.”

The drive home was silent. I didn’t feel like talking at the moment. I just wanted him around. He always seemed to sense when I was in that kind of mood.

My stomach growled so I stopped and got a sandwich from the local sub shop. He stayed in the car.

When we got home, I pulled my car into the empty garage. He stared at the deserted driveway. His voice grew sad. “I wish Mom spent more time at home instead of spending every hour she’s not working at the shelter. Then maybe Dad wouldn’t spent most nights at the office. And you wouldn’t take those pills.”

Mom was the queen of volunteering. She helped at the local Women’s shelter, the soup kitchen, suicide hotline, and even the animal shelter. She knew how to help everybody but her own daughter. She used to organize some charity events when I was younger, but since Derek died, Mom had turned volunteering into an obsession. She was always planning some sort of charity auction or walk or something. Dad worked ninety hours a week.

In the weeks following Derek’s death, I kept telling myself they needed time. That they lost their son, that they were hurting as much as I was and eventually things would get better. Only weeks turned into months and months into a year. Now whenever I wonder if they’re okay, if they’ll ever be the same as before, the empathy is quickly masked by anger and resentment. Derek was gone, but I was here and they abandoned me. I was practically invisible. To them, I might as well have been dead too. “Even if she was home more, Dad would still be a workaholic, and I would still take them. Because you’d still be gone.”

Amanda Burckhard grew up exploring bat caves and hunting for dinosaur bones in the Black Hills of South Dakota. When she wasn’t crossing paths with mountain lions, she was making up stories and devouring books at the library. Although, she still does that.
Amanda loves to travel and cross out things on her adrenaline packed bucket list. Some of the things she's been able to cross out include see an active volcano erupt, ride a gondola in Venice, and pet a tiger. She currently lives in North Sioux City, South Dakota and works as a microbiologist by day. Some of her obsessions include comic book movies, hot chocolate, sushi, sunshine, and Doctor Who.

a Rafflecopter giveaway
Posted by Book Lady's Reviews at 14:38