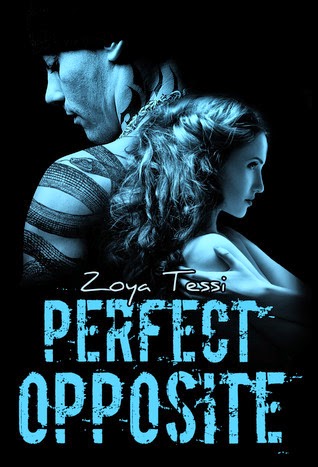 Their wishes were simple and modest. Fate had other things in store though, and she can be a real bitch sometimes.

- All he wanted was to get the job done and somehow to endure those long months playing nanny to a spoiled little rich girl. Without strangling her with his bare hands in the process. Well, it is going to be much easier said than done.

- All she wanted was to escape the past and live like any other nineteen-year-old girl. Her plan definitely didn’t include the arrogant, tattooed savage, with his awful mohawk hair and lack of social graces, whose only mission was to stick real close and mess up her life.

But, people aren’t always what they seem to be, are they?

Darkness was falling outside and my eyes felt fuzzy after long hours spent gazing at the screen. I didn’t know how much time had passed while I was writing, but the paper was almost finished when the silence was broken by a shrill and piercing scream from the direction of the kitchen.
I leaped out of bed and headed for where the sound had come from, almost colliding with Bethany in the process. She was standing near the entrance to the kitchen, a hand over her mouth and a terrified look on her face. Following her gaze to the source of her anxiety, I almost screamed myself... but whether out of fear or something else I couldn’t say.


Alex was standing by the open fridge, leaning on the door with one hand while holding a carton of milk in the other. And he was wearing just his sweat pants.


I found myself staring in astonishment at the web of interwoven black tattoos covering the entire surface of his chest, continuing around his back and down his arms as far as the knuckles on his fingers. They were scary and magnificent at the same time.
Only when the initial shock had passed did I notice that the black pattern was broken in some places by pale marks. Scars. And there were more than a few. It didn’t take long for me to realize that two round ones, on his stomach and right shoulder, had to have come from bullet wounds. 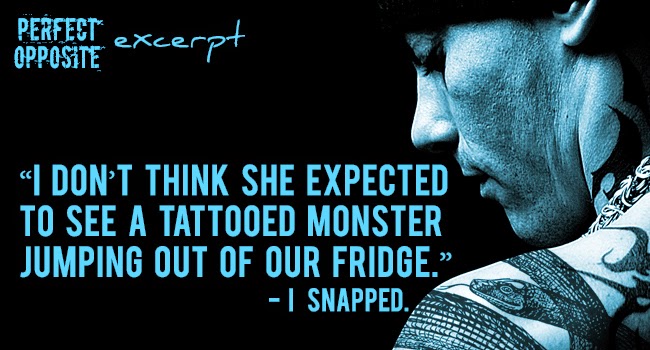 “What’s wrong with her?” Alex drawled, pointing the top of the carton at Beth and bringing me back to reality.
“I don’t think she expected to see a tattooed monster jumping out of our fridge.”
About the Author 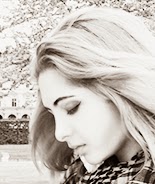 A teenager in an adult's body. A rebel in the guise of an ordinary citizen. A lady with very unladylike language. A dreamer with a rational mind. A woman born into the wrong era, she still believes that chivalry's a feat to define the perfect man.


Zoya spent years doing volunteering work all across Europe, from cleaning school basements in Northern Russia to excavating Stone Age artifacts in Euskadi (the Basque country) and renovating castles from the middle ages in Southern France. She always dreamed of working with 'Doctors without borders' somewhere out in Africa, but ended up doing an 'ordinary job' in one of the smaller European countries.


Her greatest passion is devouring each and every book that comes within her reach.

a Rafflecopter giveaway
Posted by Book Lady's Reviews at 13:24