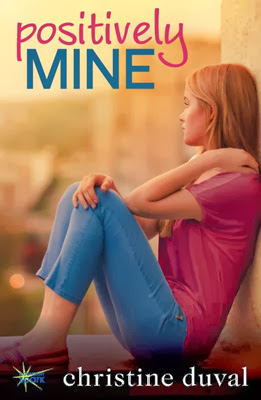 It is four weeks into her freshman year of college, and Laurel’s first test was unexpected. Discovering she’s pregnant isn’t exactly what she had planned for her first semester, and while she intends to tell her emotionally-distant father, being away at school makes it all too easy to hide.

An imperfect heroine plagued by bad choices and isolated during what should be the best time of her life, readers are sure to identify with Laurel as she confronts teen pregnancy, in secret.

“The holidays can be stressful for everyone, but especially if you’re pregnant or just had a baby. As you leave here tonight and deal with potentially difficult people or situations over the holidays, I want you to focus on acceptance. In other words, don’t try to control the uncontrollable, and don’t try to change a person who can’t be changed. People are who they are. With acceptance comes forgiveness, and with forgiveness comes inner peace, and we can all use some of that.”

Her words strike a nerve, and I can’t help speaking up. “But what if the problem isn’t that you can’t accept them, but they can’t accept you?” I ask.

“It’s like, with my father, I’m the symbol for everything that has gone bad in his life. So instead of us getting closer, he pushes me further away. And now he’s getting married, and he’s about to start a new life with someone, and I’m afraid I’ll never get the chance to show him that I’m a real person, that I exist.”
The entire group is looking at me, staring actually. Kyle is the first to speak up. “But you aren’t giving him a chance to accept you. You haven’t even told him you’re pregnant and you’re five months into it. You push him away as much as he does you.”

Audrey chimes in. “It is, Laurel. You’re nice and all, but you’ve told, what? Two people you’re pregnant, other than us and a couple of doctors. You drive an hour to a support group when there is probably one right near Milton. How much longer are you going to keep this secret? If you told your dad, maybe he’d see that you’re a real person. Real people screw up.”

“Wow.” I wrap my arms across my chest. I feel invaded. 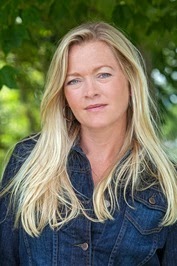 Christine Duval is an author and freelance writer who lives in New Jersey with her guitar-playing husband and two children. She is a member of the Society of Children's Book Writers and Illustrators, New Jersey's Women Who Write, and the Authors Guild. When not creating fictional characters, she writes for an upscale real estate company and has overseen online content and social media for several well-known magazines.
(Website | Goodreads | Twitter )

a Rafflecopter giveaway
Posted by Book Lady's Reviews at 14:52