Book Blitz-Grounded By You By Ivy Sinclair (Excerpt & Giveaway) 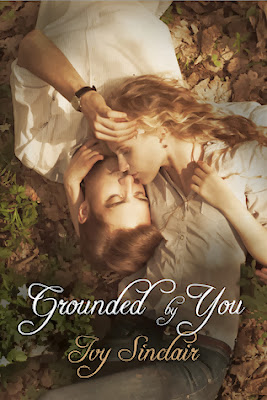 Lights, camera, and passions flare as a small town boy gets the break of his career. As the lines of life and art blur together, can he also find a way to win the love of the girl who got away?
Carter Samuel Groveson.
His name is on the lips of every woman in the country who has a pulse. An actor pulled from obscurity to star in the most anticipated movie of the century, he’s an enigma to all. Everyone wants a piece of him.
Except her.
Amelia St. John isn’t about to follow the life plan that her father set out for her. She refuses to be tied down or commit to anyone. A year ago, she ran as far and as fast from Sam Groveson as she could. But when he reappears in her life and asks her to be the friend he needs to keep him tethered to reality in the midst of the chaos, she can’t say no.
Unfortunately for Sam, his big break comes with expectations that threaten his career if he doesn’t toe the line. In this high stakes game of love, everyone is watching.
(Amazon | B&N)

Sam held up his beer bottle. “Here’s to the wild and wacky world of finally being a grown-up.”
Millie giggled and clinked his bottle. She took a long pull and then startled him when she reached over without warning and grabbed his bicep. “I notice that somebody’s been hitting the gym. Impressive.”
His muscle twitched reflexively under her fingers, and her eyes widened. Sam wondered if she was looking at him in that moment like a friend, or something more, but then the expression on her face was gone. “It’s kind of a requirement for the acting thing,” he said. He downed the beer and put the bottle down, feeling anxious again.
“Have you snagged any decent parts? Will I get to see you on Broadway someday?” Millie giggled again.
It was the perfect opportunity to tell her. “I actually got a call today about a role I’m pretty excited about,” he said carefully.
Millie sat up straighter and then scooted closer to him. “Really? Tell me all about it!”
“Well, it was a complete fluke that I decided to audition for it at all,” Sam said slowly. “I’ve got so little film experience that I didn’t think there’d be anyway they’d consider me.”
“So it’s a movie? Anything I would have heard of?” Millie started to bounce on the sofa cushion. Sam loved her like that, so attentive and open. She had always made him feel like he could do anything.
“Funny you should say that.” Sam cleared his throat wondering how to say it just right. “I’m sure Kate told you that she got a call a few months ago from that executive producer in Hollywood who wanted to rent out the Willoughby for a few weeks.”
Millie squealed and clapped her hands over her mouth. “You got a role in Where My Heart Breaks? I couldn’t believe it when I heard that they finally cut through the red tape with Walter Moolen’s estate and got the green light for the film adaptation. It’s going to be HUGE! That is so exciting!”
“Yeah, I know,” Sam said. “It’s generated a lot of interest already.”
“So what’s the part?”
Sam took a deep breath. “Jackson Monroe.”
Millie’s eyes widened, and she looked shocked. “Are you serious? You got the lead?”
Hearing it said out loud made Sam’s mouth run dry. “I know. It’s crazy, right? That they picked a complete unknown for the part? I’m having a hard time believing it myself.”
Millie stood up and disappeared into the kitchen. She came back out with a magazine that he knew covered Hollywood gossip and news. She
flipped open the cover and then shoved an article under his nose. “They’ve been speculating for weeks about who would be cast as Jackson. Like, everybody in the entire country is waiting to hear the news with bated breath. Sam, this will be massively huge when everyone finds out.”
His stomach muscles tightened. He knew that any expectation he had of what was about to happen was probably woefully inadequate. “They told me that the press release goes out tomorrow morning.” 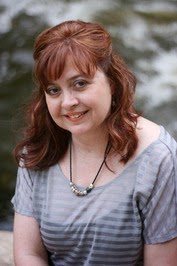 Ivy Sinclair cut her romance teeth on classics like Gone With the Wind, Casablanca, An Affair to Remember, and Sabrina. She is a firm believer in true love, a happily ever after ending, and the medicinal use of chocolate to cure any ailment of the heart. Ivy's guilty pleasures include sushi, endless Starbucks lattes, and wine. Readers of Ivy's stories can expect smoldering sweet stories of romance that tug at the heartstrings.
(Website | Goodreads | Facebook | Twitter)

a Rafflecopter giveaway
Posted by Book Lady's Reviews at 14:35