The Coldest Girl In Coldtown By Holly Black {REVIEW} 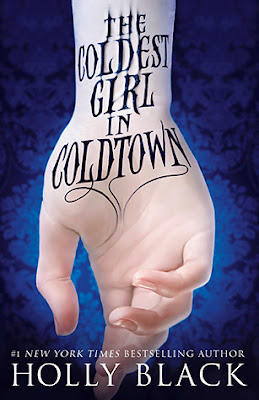 Tana lives in a world where walled cities called Coldtowns exist. In them, quarantined monsters and humans mingle in a decadently bloody mix of predator and prey. The only problem is, once you pass through Coldtown’s gates, you can never leave.One morning, after a perfectly ordinary party, Tana wakes up surrounded by corpses. The only other survivors of this massacre are her exasperatingly endearing ex-boyfriend, infected and on the edge, and a mysterious boy burdened with a terrible secret. Shaken and determined, Tana enters a race against the clock to save the three of them the only way she knows how: by going straight to the wicked, opulent heart of Coldtown itself.The Coldest Girl in Coldtown is a wholly original story of rage and revenge, of guilt and horror, and of love and loathing from bestselling and acclaimed author Holly Black.

Tana wakes up after a party to find herself surrounded by the corpses of her friends and classmates.Vampires managed to break into the house a party was held and kill everyone.But she and her ex boyfriend Aidan were the only survivors,along with a mysterious and scary looking vampire!But Aidan is infected and soon,they start their journey to the heart of Coldtown...Coldtowns are quarantined cities where vampires and humans co exist.Everybody sees what happens inside of the Coldtowns but everything isn't as glamorous and exciting as it seems.

Firstly,I want to try and explain what actually happens with the whole infection thing.Basically,humans that are bitten by vampires go Cold,meaning that they are infected and if they bite another human they become vampires as well.But that human will not be infected.

This was such an enjoyable read.The book was beautifully written and the plot was so interesting.The story was so original and I loved the characters so so much.Tana was such a lovely and caring person.She never gave up and managed to do the impossible.And Gavriel?OMG.He was such a mysterious character with a dark past that just drew me in from the beginning.He's funny and sweet...when he's not crazy and bloodthirsty.He went through some really sick stuff that would make anyone go insane but Tana helped him to wake up and find himself.

The author did a great job at setting up the story and the idea was so clever and fascinating!It was an amazing vampire story and the book was full of action.The romance between Gavriel and Tana was weird but amazing at the same time!The ending was so touching and heartbreaking because we will never learn what happens next.We don't know anything about a sequel so I'm assuming that this will be a stand alone.Unfortunately.Hope the author writes at least another book about Gavriel and Tana!

The Coldest Girl In Coldtown was such an enjoyable and fun read!Highly recommend it to fans of paranormal and vampires novels.It's something you've never read before!