Cover Reveal - Crashing Into You By B.D. Rowe & Giveaway 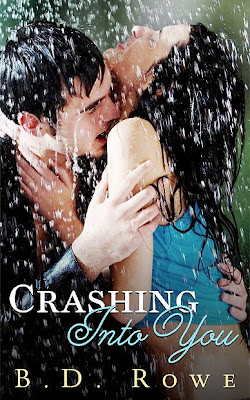 Bookish college sophomore Sydney Baker wants Evan Taylor with every ounce of her being. The hottest stud on campus, Evan is six foot four, ripped, stacked with muscles. He’s even easy to talk to.
There’s just one problem: he’s her roommate Melanie’s boyfriend.
But when Melanie tragically dies after a night of wild partying, Sydney and Evan turn to each other in a time of intense grief. And it doesn’t take long for their close friendship to blossom into something more.
Unfortunately for Sydney, secrets from the past soon put her relationship with Evan to the test. Especially when a sexy blonde freshman makes her way into Evan’s life, and tries to rip away everything Sydney holds close to her heart.
(Amazon | B&N | Kobo)

B.D. Rowe is a Sacramento native with a penchant for crafting tales of romance, mystery, and intrigue. Crashing Into You is B.D. Rowe’s New Adult debut. 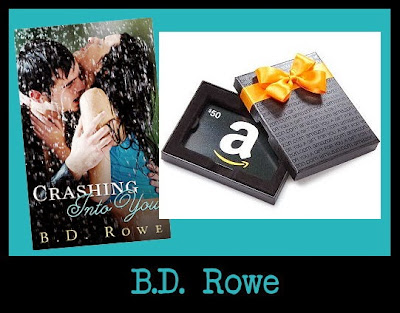 Code a Rafflecopter giveaway
Posted by Book Lady's Reviews at 20:10