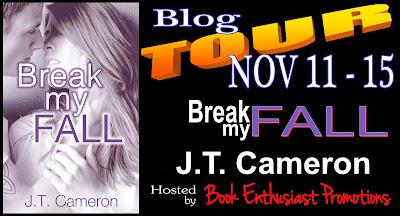 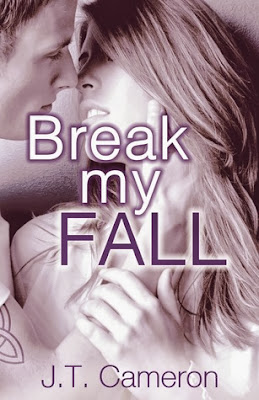 When Leah’s ex-boyfriend Kevin betrays her in a horrifically public way, she leaves town to spend her last summer of college in a place where no one knows who she is, what happened to her, and what she did to make herself so vulnerable.

All she wants is a little peace of mind and some good surfing so she can regroup before returning for her senior year.

After his own tragedy a few years ago, Drew developed an entirely new and unique outlook on life and became a risk-taker, daring and dangerous, everything Leah wanted to avoid.
But a chance encounter forces her to let Drew into her life, little by little, secret by secret. He’s smart, funny, persistent, hot, and makes money in a rather unconventional way.

They share a mutual fascination and attraction, until her past with Kevin complicates her present with Drew, making Leah question her future.

Just as her life seems to be spinning out of control, Leah learns that sometimes you save someone by letting them save you.

Break My Fall follows the life of Leah who leaves her town and goes somewhere to start a new life.There she makes some new friends and meets Drew.Drew loves taking risks and he's one of those people Leah wants to avoid.But somehow,he manages to break her walls,be with her and introduce her to a whole new world full of possibilities.

Break My Fall had a great concept but it felt like something was missing.The characters were okay and I really liked the author's writing.The plot was interesting and Leah was such a fascinating and intiguing character.Learning about her and her life was a great experience...if it can be described like that.Now Drew was something else.He was good as a character but I found it a bit hard to connect to his personality and understand his frustrating behavior.Sometimes,he was a bit selfish and I just didn't like him as much as I expected.

The story was a bit short and the book didn't exactly end with a cliffhanger but it felt like there were some things that were left unanswered.I assume everything will be a bit more clear when the second book comes out...And here I'm doubting myself by saying that this is supposed to be a stand alone.But that's not our point!

Break my fall was a quick and enjoyable read.Even though I didn't fall in love with it I would recommend it to fans of NA.

a Rafflecopter giveaway
Posted by Book Lady's Reviews at 12:30