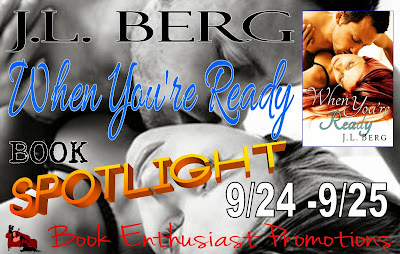 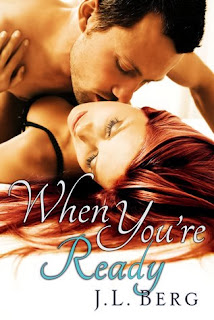 Can his love mend the pieces of her grieving heart? Years after suffering the tragic loss of her husband, Ethan, which left her alone to raise their young daughter, Clare Murray still holds the last letter he wrote with the words “When You’re Ready” written in his familiar messy handwriting, unable to break its weathered seal. Ready for what? He was her entire world, and Clare had accepted a life without him, without love. Until years later, fate brings her to an emergency room, and face to face with a stormy-eyed doctor intent on changing her mind. Logan Matthews is the son of a billionaire who has spent his entire life trying to make his absent father proud. Years of living up to a man who was more ghost than father, and a publicly failed marriage has left Logan cold and emotionless until he walks into an exam room and discovers a woman who can stop his heart, make his body burn with desire and leave his entire world altered. But how far are Clare and Logan willing to go for love? When their love is tested, is Clare ready to put her whole heart on the line again? Can Logan learn the true meaning of love, even if it means sacrificing his own happiness? When a second chance at love is given, Clare and Logan learn you never know if you are truly ready until you’re ready to risk it all.

After her husband's death,Clare's afraid to love and betray the love of her life.She knows Ethan isn't with them anymore...He's not there to see their daughter grow up or spend time with them,but it seems like Clare doesn't want to let him go.She still loves him...even if he's just a ghost.

Then we have Logan.He comes for a wealthy family and he lived his whole life trying to please a father that didn't even care.After an incident that left him feeling nothing,Logan moves from New York to a small town to start a new life.He's a successful doctor and he spends his time drinking and taking different women home every night.

But it all changes when he meets Clare and her daughter in a hospital room...That's when a new life begins for both of them.He didn't realize that he'd fall in love with her after he spend his whole life without love.And of course she didn't realize that she'd also fall for him and give love a second chance.Because that's what this book's about...Love and Second Chances!

I think I was so enthralled by the idea of being loved that I took something I shouldn't have, without thought for the consequences.

I think I found my new obsession.I was in love with this book from the minute I started it.I seriously couldn't stop reading simply because the story was so fascinating and interesting.The writing was great and I loved the characters so much.

Clare was such a strong and brave character through the whole story.She took care of her husband and after he died,she was strong and woke up every day to take care of their daughter.She's just so beautiful...inside and outside.She has a great personality and I think she was perfect for Logan!I also loved the fact that she didn't forget Ethan.It was obvious that they were in love and she stayed with him until his last breath.And in the end,it was him who made her realize that she had to keep on living.

Ethan knew me better than I knew myself. He gave me the push I needed when I was scared to take a risk. But with love, the risk is always worth it.

At the beginning,Logan is a jerk and it seems like the only thing he cares about is drinking and having sex.But then we see the real side of him and realize that his life wasn't easy.Clare grew up with a loving family and of course,she had the perfect childhood.But Logan?He grew up trying to please a father that never really cared until he himself stopped caring and left.His mom left him alone with a monster that controlled his life and the only thing her cared about was image.And then he meets Clare and Maddie.Those two wound their way into his life and changed everything.They made everything better!

The love of your life is still waiting Clare,go find him.

"I've found him.You're the love of my life."

I loved everything about this book and the last few chapters were heartbreaking.The story was told from both Clare and Logan's perspective and I always love it when that happens.That way you're able to understand things and feel what both characters are feeling.And I had to admit that there were moments where I actually cried and I'm not really emotional.I just like stories that are really touching and I don't think that makes me emotional...Does it?I think Ethan's letter was what made me really cry.I cried before that because the author's writing was just so expressive but when Clare read Ethan's letter...I was gone.

I don't need to say anything else.I think it's obvious that I loved this one.Can't wait to read the sequel!

About The Author
J.L. Berg is a California native living in the South. She's married to her high school sweetheart and they have two beautiful girls that drive them batty on a daily basis. When she's not writing, you can find her with her nose stuck in a romance book, in a yoga studio or devouring anything chocolate.